According to Football Espana via Marca, Barcelona have reassured Clement Lenglet that he won’t be leaving the Blaugrana this summer amid exit talk.

Marca claim that the Frenchman was being touted as a potential makeweight in a player-plus-cash deal for Inter Milan’s Lautaro Martinez, however the club have ensured the ace that this isn’t their intention.

Marca add that Barcelona’s hierarchy have told the centre-back that he’ll be with them for next season, the ace is said to have no desire to leave the Catalan outfit.

Lenglet joined Barcelona in the summer of 2018 and after a relatively slow start the ace became Gerard Pique’s main partner in central defence after Samuel Umtiti began to battle with injury troubles.

The uncertainty regarding Lenglet’s future appears to stem from the fact that the ace has now been sidelined in favour of compatriot Umtiti since Quique Setien was appointed as boss. 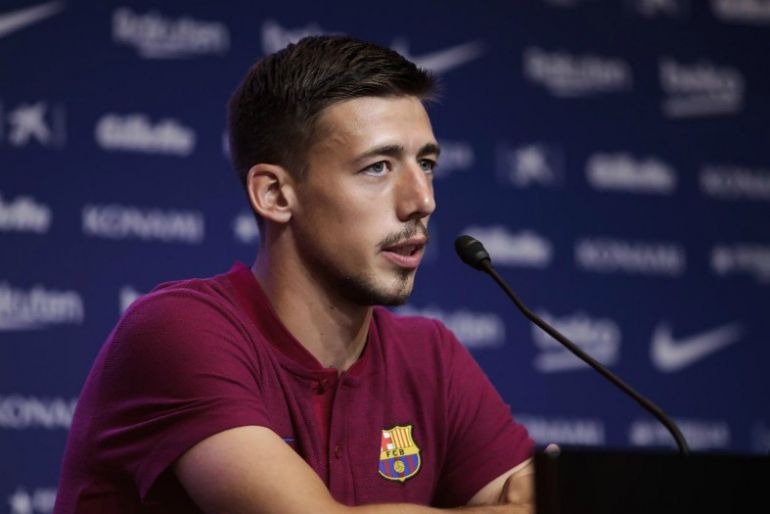 Clement Lenglet has played a key role for Barcelona over the last two seasons.

Marca claim that Barcelona did wish to sign a central defender this summer but the financial impact of the Covid-19 pandemic will see them focus all of their efforts on signing Lautaro.

It’s added that any central defender leave the Camp Nou this summer, it will be Umtiti. However the club are keen on keeping the World Cup winner around so they have three solid centre-back options.

24-year-old Lenglet hasn’t been as stellar as he was last season, right now Barcelona would be taking a huge risk if they were to part ways with some of their senior defenders due to their lack of experienced alternatives.