Chelsea could be a force again next season after exciting transfer news emerging this evening.

The Blues are being strongly tipped to win the race for Timo Werner as the Independent claim they’re nearing the signing of the RB Leipzig star as they prepare to meet his £49million release clause.

The Germany international should be a superb signing up front for Chelsea, who have urgently needed an upgrade on the likes of Tammy Abraham, Michy Batshuayi and Olivier Giroud.

Werner’s scoring record speaks for itself, with the 24-year-old netting 25 times in the Bundesliga this season, while Abraham is Chelsea’s top scorer in the Premier League with just 13 goals to his name so far this term.

Chelsea fans are also drooling at the prospect of Werner linking up with Hakim Ziyech, who will also be moving to Stamford Bridge next season after shining at Ajax.

Finally, the west Londoners could have the new attacking partnership they need to help them replace big names like Eden Hazard and Diego Costa after their recent departures, while youngster Christian Pulisic could also play more of a key role next season as Willian and Pedro come towards the end of their contracts.

Chelsea could also make a quality signing in defence if recent reports are to be believed, with The Athletic suggesting the club are optimistic they could land £85million-rated Leicester City left-back Ben Chilwell.

The England international has been one of Leicester’s top performers in recent times and would be a major upgrade on unconvincing duo Marcos Alonso and Emerson Palmieri.

Overall, most CFC fans would probably agree this is a much-better looking team for next season, and possibly one that could come a lot closer to challenging the likes of Liverpool and Manchester City for the title… 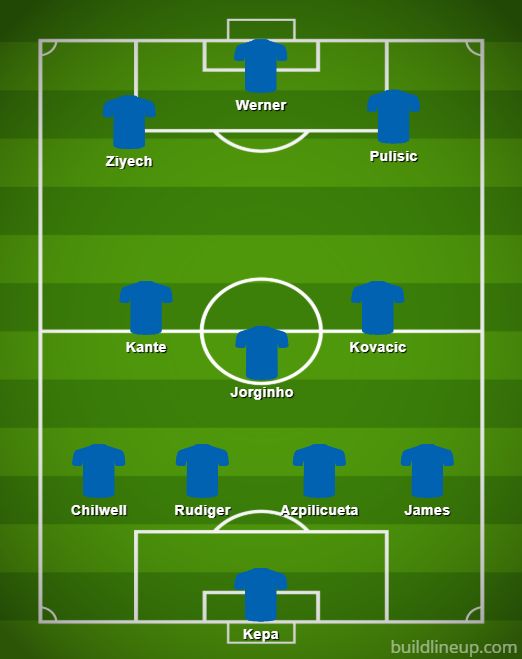