Valencia star Ferran Torres has responded to recent transfer rumours as he’s said to be a target for Manchester United.

The 20-year-old is a huge talent after catching the eye in La Liga, and it seems clear he could be a top performer for a big club anywhere in Europe.

It’s been claimed that Man Utd are lining up a bid for Torres as an alternative to Borussia Dortmund winger Jadon Sancho, and he has a tempting release clause of around £90million.

United could do with attacking players like this, with Torres a similar style of skilful and intelligent attacker to Sancho.

Still, it sounds like the Spanish starlet is pretty happy where he is at the moment…

“For young people, La Liga is the best league there is,” he said.

“It is helping me a lot and I am learning all the time.

“I think I have settled in Valencia and in the division.

“Things are going well for me even through the team is on a bad streak, although we think we are going to turn it around.” 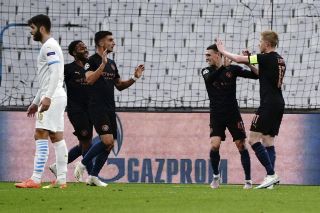