According to the Evening Standard, Liverpool have not made an offer to sign Barcelona star Ousmane Dembele, contrary to reports from yesterday.

Gianluca Di Marzio reported that the Reds made a bid to sign the tricky attacker on an initial loan deal, with a permanent option, it was added that Dembele’s priority is to stay with the Blaugrana.

The Standard now claim that the Merseyside outfit aren’t considering a summer move for the World Cup winner, who has endured a difficult spell with Barcelona.

It’s added that Reds boss Jurgen Klopp isn’t currently keen on reigniting interest in the attacker, who he attempted to sign for Liverpool in 2016 from Reims, before Dembele made waves at Dortmund.

As per BBC Sport, Barcelona agreed a deal worth up to £135.5m for Dembele back in the summer of 2017, the attacker has massively struggled since his marquee move to the La Liga giants.

As well as Dembele’s inconsistent performances, the ace has been plagued by injuries since moving to Catalonia, with the Standard adding that the club are willing to listen to offer for the 23-year-old. 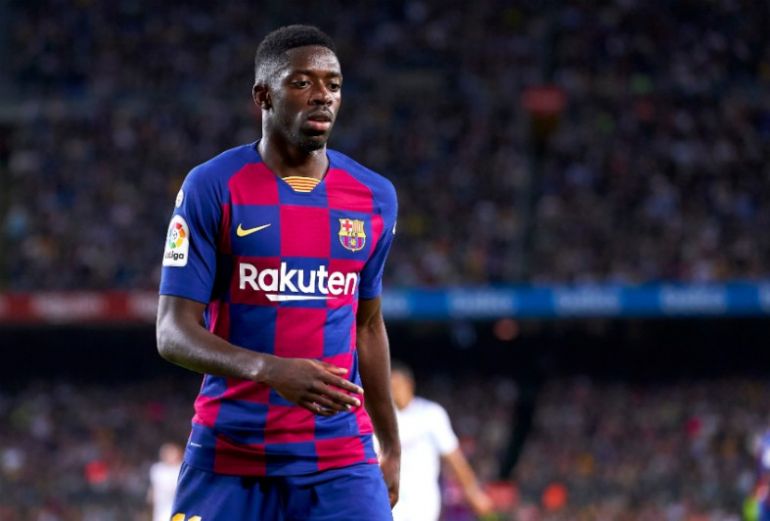 After a disappointing spell with Barcelona, Dembele continues to be heavily linked with an exit.

Dembele has shown glimpses of his mercurial ability but given the wide forward’s injury troubles it’s not surprising to see that the star hasn’t been able to nail down much consistency.

A move would perhaps reignite Dembele’s career, the Standard add that the Spanish media have frequently slammed the ace’s apparent unprofessionalism – maybe this isn’t the right club for him.

The Standard add that Italian powerhouses are in talks for a move for Dembele, with the ace reportedly open to a move to Serie A, would this get the Frenchman’s career back on track?

Whilst Dembele is one of the most skilful players in the world, Liverpool fans shouldn’t be too worried that this deal isn’t on the cards as they have the fearsome attacking trio of Mohamed Salah, Sadio Mane and Roberto Firmino to count on.

From Dembele’s perspective, the ace will be hoping to get a handle on his fitness issues and look towards becoming a key player again next season – for whoever that may be, the ace hasn’t registered a single goal contribution in his nine outings this season.