It really does feel like this summer will be dedicated to outlets trying to come up with some kind of formula to show how Barcelona can sign Lautaro Martinez.

It makes sense that they do want to sign a new striker to lead the line for years to come – Luis Suarez is getting older and struggles with injuries, while Messi can’t just keep doing it himself for the rest of time.

Inter striker Martinez does make sense as a target – he’s young and looks like he could be a star of the future, while it will never hurt to give Messi a fellow Argentine to mentor.

The problem was always going to be finding a way to get Inter to sell him, and this headline from Mundo Deportivo is the latest attempt to suggest how it could happen: 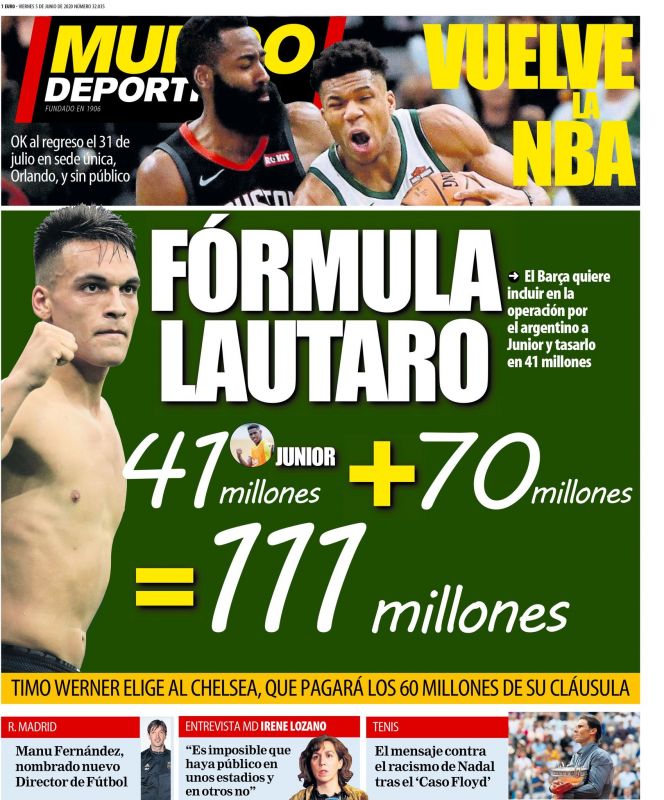 So it looks like Junior Firpo will either be offered in exchange or will move to Inter with a valuation of €41m, while Barca will also offer €70m in cash.

That valuation of Junior does look very generous when you consider that the BBC reported Barca agreed a deal to which could rise to £27.5m, and he’s not really done much at the Nou Camp since arriving.

There is no indication that Inter will see this as a viable offer at this point, and it won’t be a surprise to see another combination of players plus a fee appearing in a similar report tomorrow.