According to Spanish publication Marca, Barcelona are at risk of losing Lautaro Martinez to rivals Real Madrid or Manchester United due to delays in agreeing a deal for the Inter Milan talisman.

Marca claim that the Argentine forward’s desire to move to Barcelona and team up with international teammate and icon Lionel Messi, but the club are facing a struggle to finance a move for the striker.

It’s added that Lautaro’s release clause stands at a staggering €111m, with Barcelona only expected to seal a move if they negotiate a player-plus-cash deal.

Marca report that the La Liga powerhouses will have lost a whopping €150m in income by the end of the month as a result of the Coronavirus pandemic, with players now being asked to take another pay cut.

It’s suggested that Barcelona will only have a chance of signing the centre-forward if they agree this with their squad, however this is problematic as a marquee signing like this could cause unrest. 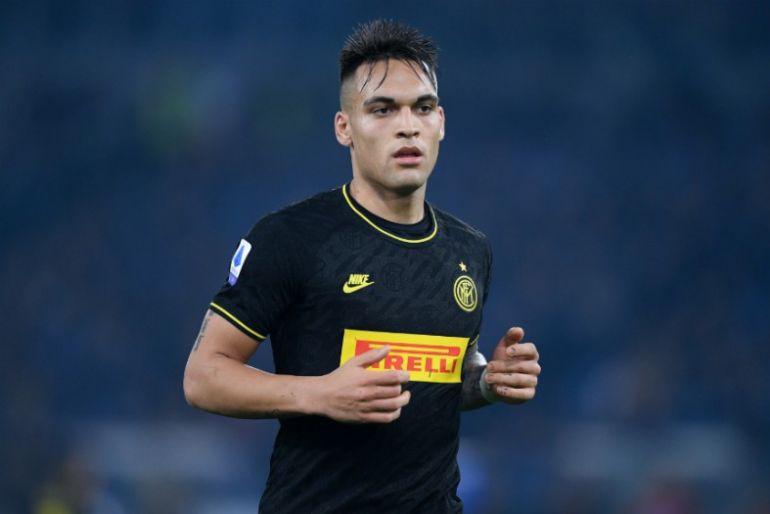 Marca report that Real Madrid are now keeping tabs on the situation, with United also in a position to hijack Barcelona’s move after holding talks with Lautaro’s agent a few weeks ago.

The Sun report that even though United have extended Odion Ighalo’s loan deal, the club are keen on adding a young-striker that could play a key role for Ole Gunnar Solskjaer’s side in the long-term.

22-year-old Martinez has scored 16 goals and provided four assists for Inter this season, the ace has established himself as one of the world’s best young strikers.

Given that Barcelona are in need of a centre-forward, as they eye a long-term successor to Luis Suarez, the club need to get their affairs in order or they risk losing a key signing to one of their rivals.