Real Madrid have suffered an injury blow as they have confirmed that Nacho Fernandez has picked up a muscle injury just days before La Liga gets back underway.

Los Blancos face Eibar on Sunday evening as they get back to competitive action after two months away from the pitch due to the coronavirus pandemic.

There’s little room for error for Zinedine Zidane’s men as they trail rivals Barcelona by two points with 11 games remaining, and so they’ll know the importance of making a winning return to the season.

However, they’ll have to do so without Nacho, as the club confirmed on their official site that the Spanish international has suffered a muscle injury and that he will now be assessed as he makes his recovery.

It’s not a huge setback for Zidane in the sense that the 30-year-old has featured just nine times this season as injuries have been a problem and he has struggled to break into the side.

That said, given Real Madrid will play every few days to conclude the La Liga season over the next month or so, Zidane will need as much quality and depth as possible to ensure that he can rotate and keep everyone fresh.

The Spanish giants don’t boast a great number of options in central defence beyond Sergio Ramos, Raphael Varane and Eder Militao and so there could be some concern there that they’ll be left short of depth in that department in the coming weeks.

Time will tell just how long Nacho is ruled out for, but given he’s suffered his setback with just a matter of days to go before the first game back, it raises real doubt over whether or not he’ll feature against Eibar at the very least. 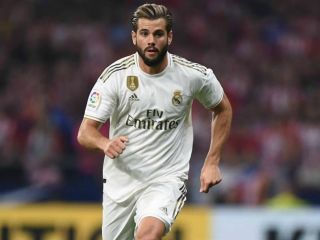 Liverpool are actively scouting Real Madrid ace and may move if he impresses against them in the Champions League March 24, 2021 16:59
Liverpool FC