According to the Mirror, former England star Gareth Barry told Manchester United target Jack Grealish that he was ‘class’ after Aston Villa faced his current side West Bromwich Albion in a friendly.

Barry, who enjoyed a 12-year spell with Villa, faced off against his former club in a friendly with West Brom on Saturday, which ended 2-2 as both sides step up their preparations with footballs’ return near.

The Mirror add that the friendly encounter ended 2-2, Barry told Grealish his performances was ‘class’ and congratulated the attacking midfielder for scoring a fine goal for the Villains.

The Mirror recently reported that Ole Gunnar Solskjaer has made the 24-year-old his prime summer target, ahead of Jadon Sancho, with a potential £80m move mooted.

Grealish has been superb this season, scoring nine goals and chipping in with eight assists in 31 appearances across all competitions.

The former Ireland and England Under-21s star has been the bright spark in a underwhelming side this season, that sit 19th in the table. 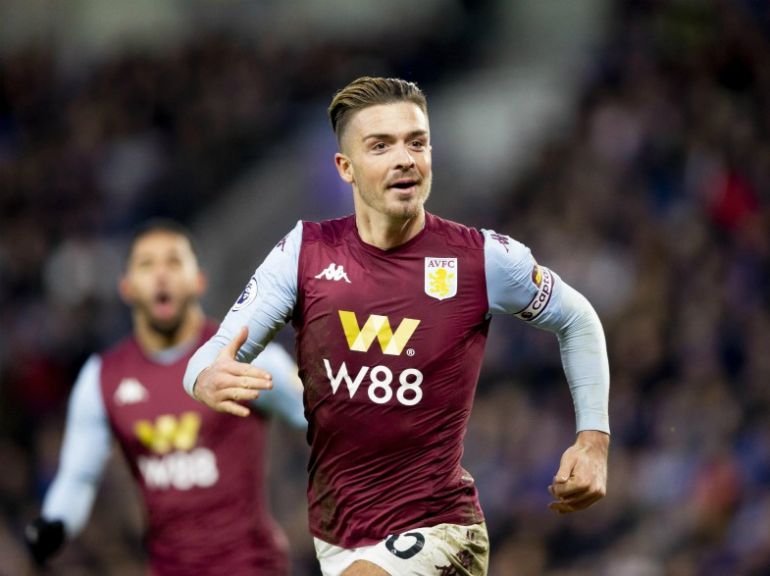 Jack Grealish has been superb for Aston Villa this season.

Villa are actually the side that are involved in the first Premier League game after a three-month hiatus due to the Coronavirus pandemic, with the Midlands outfit facing Sheffield United on June 17.

The Mirror add that United are very interested in a swoop for the attacker, regardless of whether or not Villa stay up this season – perhaps relegation could drop the ace’s price-tag.

Barry, who won 53 caps for England and reigns as the player to make the most appearances ever in the Premier League, is one of Villa’s best players of all-time so his word of praise for Grealish should certainly hold weight with the attacker.

Grealish is primarily deployed as a left-winger, with the ace’s main strength being his ability to drift inside and make things happen in the final third.

Solskjaer’s side need to bolster their wide options, especially considering that the likes of Marcus Rashford and Anthony Martial are now being used as centre-forwards.

Grealish has matured a lot on the pitch in recent years, the ace can also play as a central midfielder – when in this role the silky dribbler picks up the ball deeper and drives forward.