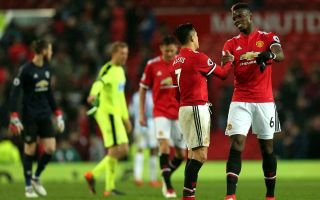 Man Utd legend Willie Morgan has hit out at Red Devils pair Alexis Sanchez and Paul Pogba, according to his latest comments as reported by Stretty News.

Morgan described his thoughts about Sanchez and Pogba who he both criticised for failing to duly deliver for the Red Devils.

There was significant hype surrounding both players before their moves to Old Trafford, however, the pair have since underwhelmed in their performances on the pitch for the Red Devils since their big-money moves to the club.

Speaking about his thoughts on Alexis Sanchez, Morgan said:

“I mean look at the state of Alexis Sanchez. They paid half of his wages, just for somebody to take him? It’s that bad. It’s crazy!

“I hope he comes back as the boot man, cleaning the boots! He is useless. So, the best place for him is where he is. I don’t want him back. We have enough problems getting rid of others without having him back.”

“I would have moved him on a year ago. He is average anyway. He is a nightmare. He has caused so many problems for managers and he will continue to do that.

“So, the sooner they get rid of him, the better. He is an average player. Average. If you are five-nil up or six-nil up, he will do his little tricks. But, when you are in there fighting, you can’t find him with a radar. He is not for me.”

The Chilean ace Sanchez was loaned out to Inter Milan after disappointing at Old Trafford, while Pogba remains on United books, but has spent the majority of this season out injured.

Morgan’s comments and labels for the duo come as no surprise given both players’ poor performances for Man United and it remains to be seen whether the club offload both players permanently or whether they are given more time to prove their worth and justify their exorbitant transfer fees.