The top 10 highest transfer values for footballers has been revealed as per a recent study by the CIES Football Observatory.

The algorithm ranks the players according to their current market value who would command the highest transfer fees among the current crop of footballers in the world.

The list has stipulated the transfer values of the players taking into account the ongoing coronavirus crisis.

According to the report, Paris Saint-Germain forward Kylian Mbappe tops the list with a value of €259.2m.

Bayern’s Davies is also the youngest player in the top 10 and top 20 ahead of Erling Haaland who is in 15th place with a total value of €107.3m. 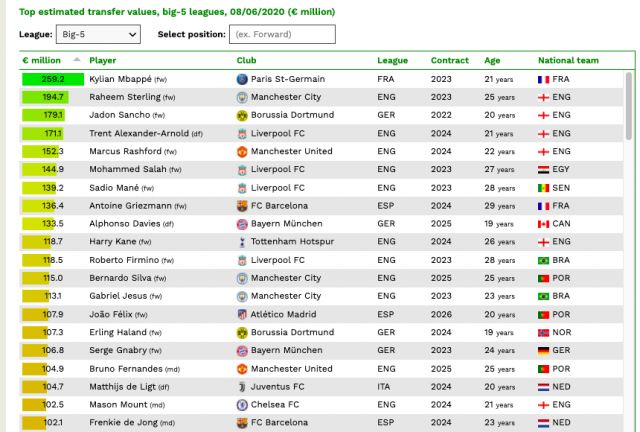 Meanwhile, Lionel Messi who commands a total value of €100.1 and Cristiano Ronaldo who is totally valued at €62.8m rank 21st and 70th respectively.