In a shocking development as Italy’s Serie A players begin preparing for the resumption of the 2019/20 campaign, one AC Milan star has been robbed at gunpoint.

This Friday, the Rossoneri prepare to take on Juventus in the Coppa Italia, but Samu Castillejo might not be in the best frame of mind for the match.

“Is everything okay in Milan? Two men robbed me and pointed the gun at my face,” Castillejo wrote on his Instagram account, cited by Mundo Deportivo.

Coming after the stress of lockdown, which, according to Mundo Deportivo saw the player spend the entire time alone at home, this latest development is bound to affect Castillejo.

He has a contract with the Italian club until 2023 and has a reasonable start to his career there since signing from La Liga side, Villarreal.

In his 19 games so far, to include Serie A and Coppa Italia appearances, he has managed to score one goal and provide four assists, per transfermarkt.

Milan manager, Stefano Pioli, may be well advised to keep the player in reserve for a game or two after such a traumatic experience, regardless of whether the player professes to being ready to return.

The mental wellbeing of players should always come before a game of football. 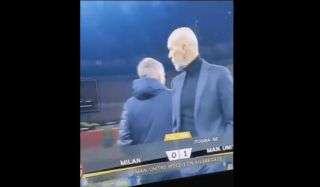