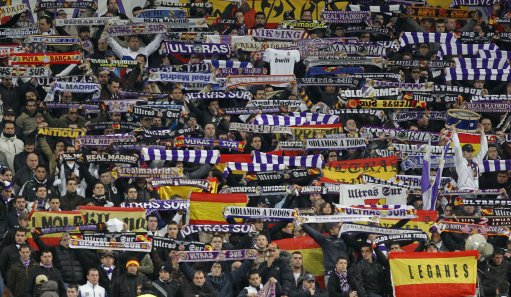 Two points behind Barcelona at the top of the La Liga table as Spain get ready to restart the 2019/20 campaign, Real Madrid need every advantage they can to stop the Catalans from winning another title.

On the pitch, it’s a given that Zinedine Zidane and his charges will do everything in their power in order to overtake their eternal rivals, however, the club have made a decision that could come back to haunt them.

During the lockdown, and with thoughts of behind closed doors football until the new year, Florentino Perez and Co. took the chance to press ahead with the refurbishment of their Santiago Bernabeu stadium. The pitch has been ripped up, with cranes and building machinery dotted around the perimeter of the venue.

As such, any ‘home’ games for Los Blancos in the foreseeable future will be played at their Valdebabas training facility, where their reserve side, Castilla, usually play their matches.

However, according to Cadena Cope, cited by Mundo Deportivo and subsequently reported by Football Espana, the Spanish government are set to announce a decree which will allow stadiums to reopen with a limited capacity – expected to be 30% – by the end of June.

On that basis, Real could conceivably have 1,800 supporters watching them at the 6,000 capacity Alfredo di Stefano Stadium, located in Valdebebas, but that hardly compares to a potential 29,700 supporters at Barca’s Camp Nou, or approximately 24,000 at the Santiago Bernabeu.

During the run in, such a difference in atmosphere may be the one thing that tips the balance in Barcelona’s favour.