The transfer merry go round already appears to be hotting up, despite the fact that the Premier League are yet to begin the final stretch of the 2019/20 season.

As teams across Europe look to put themselves in the box seat for available talent, Liverpool and Manchester United face some stiff competition if they want to land Valencia star, Ferran Torres.

According to le10Sport and cited by Football Espana, Real Madrid, Juventus, Borussia Dortmund and Bayern Munich are also interested in the highly-rated wide man, with Mundo Deportivo also revealing Napoli’s interest as they look to replace Jose Callejon.

Football Espana note that Torres’ release clause from Los Che is a reported €100m, however, with his current deal due to run out next summer, it’s possible that the La Liga outfit could be persuaded to lower this rather than potentially losing him for nothing in 12 months.

It’s easy to understand why he is so highly sought after and what he would bring to any future employers.

He’s a nightmare for defenders with his direct running, acceleration and passing accuracy, and at just 20 years of age, he already has three years of experience in a top European league and is many years away from what are generally accepted to be a players peak.

With so many clubs reported after his signature, it looks as though he’ll be spoilt for choice. 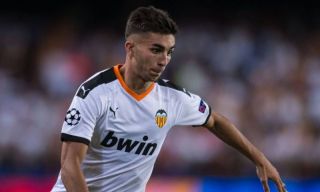