According to ESPN, Arsenal are set to discuss Alexandre Lacazette’s future with the Gunners in the ‘coming weeks’ amid interest from Atletico Madrid.

It’s claimed that Lacazette is ‘seeking assurances’ on his role under Mikel Arteta next season, with the uncertainty regarding striker partner Pierre-Emerick Aubameyang’s future a factor in Lacazette’s own.

ESPN claim that Arsenal are quietly confident that the won’t lose both their top strikers this summer.

Doubts over the duo’s future have been heavily speculated over the last few month as Aubameyang’s deal expires in 2021, whilst Lacazette runs out in 2022.

It’s hinted that the Frenchman could be available for sale if Aubameyang’s contract is renewed, it’s added that Lacazette is valued at £60m and that Atletico Madrid are eyeing the forward.

With the report adding that Mikel Arteta will have to raise summer transfer funds through player sales, the exit of Lacazette may have to be an option in order for the side to strengthen in other areas.

ESPN claim that Arsenal are yet to seriously explore the possibility of a swap deal with Diego Simeone’ side, which would bring midfield target Thomas Partey to the Emirates. 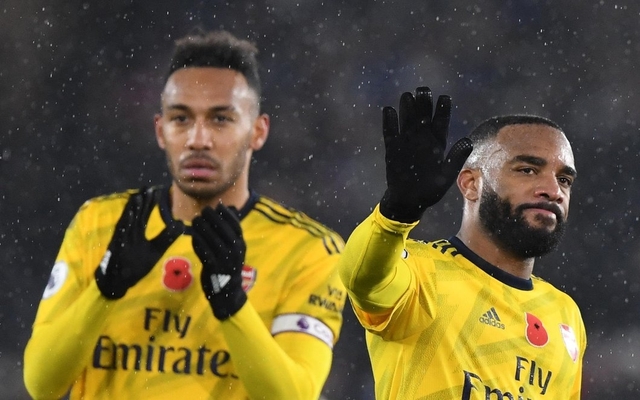 Lacazette and Aubameyang have formed a dangerous strike partnership.

It appears as though both Lacazette and Aubameyang are eager to hear about Arteta’s vision for the club after years of mediocrity before deciding on their futures.

Lacazette joined the Gunners in the summer of 2017 and has managed to score 41 goals and provide 21 assists in 114 appearances across all competitions for the north London outfit.

The former Lyon star has proved to be the perfect partner for Aubameyang, unfortunately some injury troubles have limited the duo’s chances of achieving something special with the Gunners, as well as the general unflattering performances of most of the squad in recent years.

For now, Arsenal should focus on the task in hand – making an audacious and late push for a Champions League spot when the Premier League returns. The Gunners face off against Manchester City first.