According to the Express via Italian outlet Calciomercato.IT, Manchester United are interested in a potential move for Lazio talisman Ciro Immobile this summer.

It’s claimed that Ole Gunnar Solskjaer is keen on adding a striker in the next transfer window after failing to replace Romelu Lukaku last summer.

The report adds that Immobile is one of United’s targets, the 30-year-old has been sensational for Lazio this season.

The Italy international has bagged 30 goals and seven assists across all competitions this season, Immobile also leads Serie A’s scoring charts with 27. 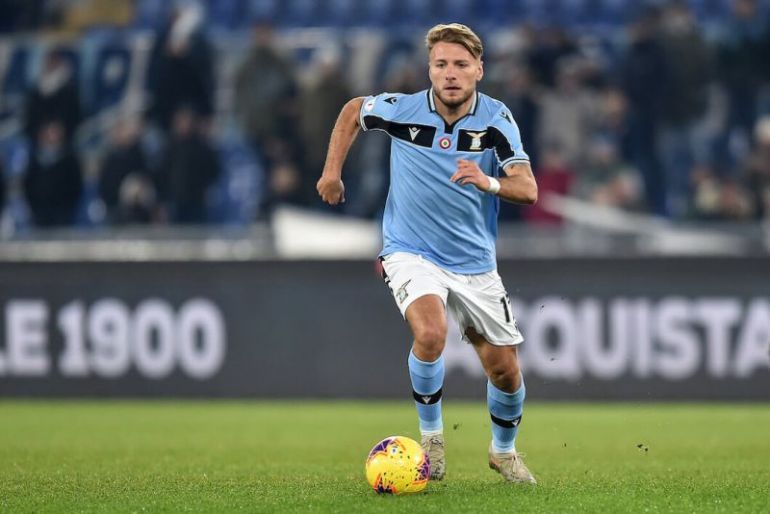 Immobile in action for Lazio.

Calciomercato.IT suggest that the Red Devils will find it hard to prise Immobile away from the Serie A giants, as Lazio are reluctant to let their star man leave.

Immobile would also like to continue with the Italian outfit after helping them become contenders for the league title this season.

Immobile would be a fine signing for most top European outfits, as he’s a fairly all-around centre-forward that could easily fit into different systems.

United should perhaps consider the effect the star’s addition would have on the development of Rashford and Martial in particular though.

The duo have become the focal points of the Red Devils’ attack under Solskjaer and the addition of a high-profile name like Immobile would certainly lead to them playing a less significant role.

With Rashford and Martial both solid long-term options for United, perhaps the club should consider signing continuing with an experienced forward like Ighalo as their prime backup to the stars.