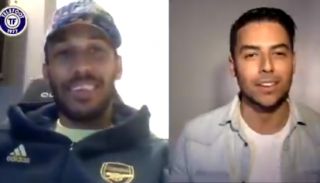 Pierre-Emerick Aubameyang has told Telefoot that nothing has been decided on his future yet, but suggested that the ball is in Arsenal’s court in regards to a new contract.

The Gabon international has been a big hit for the Gunners and his departure would be a huge blow for the club after their struggles this season.

Still, it sounds like Aubameyang won’t rule out staying at Arsenal, and that they have the keys to him potentially remaining at the Emirates Stadium.

“Arsenal have the keys to my extension,” he told Telefoot in the video above.

“It will surely be the most important choice of my career, but for the moment nothing is decided.”

Gooners will hope their club can sort this out as soon as possible, as the Aubameyang saga is an unwanted distraction that they could really do without.