According to Italian outlet TuttoMercatoWeb, AC Milan have rejected the opportunity to sign Liverpool midfielder Marko Grujic, who is currently on loan at Hertha Berlin.

The report adds that as Ralf Rangnick is expected to become the Serie A giants’ new manager, the Rossoneri have been offered the chance to recruit a long list of players with Bundesliga experience.

The latest is central midfielder Grujic, who has spent the last two seasons on loan at Hertha, despite his impressive performances it’s claimed that Milan have turned down the chance to sign the 24-year-old.

SempreMilan do report that the San Siro outfit are planning to overhaul their midfield ranks in the next transfer window, with Franck Kessie and Lucas Paqueta facing uncertainty over their futures. 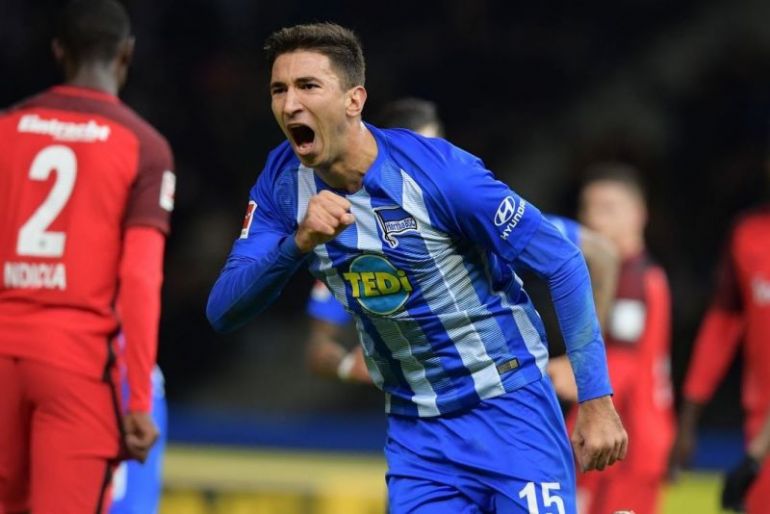 The Serbian star has scored four goals and registered two assists in 28 appearances across all competitions this season.

Grujic has really taken his game to the next level and he looks capable of playing for a side that are perhaps a bit better than Hertha in the near future, he’s got the talent to play a key role for sides that are chasing Europa League qualification.

Jurgen Klopp’s midfield ranks are currently stacked so it doesn’t look as though Grujic will have many first-team opportunities if he returns to the Reds, perhaps it’s in everyone’s best interest for the midfielder to find a new club in the next transfer window.