According to the MailOnline via the Mirror, Newcastle have held talks with Chelsea regarding the signing of full-back Marcos Alonso.

It’s claimed that the Spaniard’s future with the Blues is in doubt as Frank Lampard is eyeing the summer signing of Ben Chilwell.

MORE: Chelsea will need to increase their offer by £15m to beat Premier League rivals to Kai Havertz signing

It’s added that Chelsea would be willing to part with the 29-year-old for £26m, the left-back still has three years left on his contract with the Blues.

The report adds that Newcastle have identified Alonso as a target to pursue once their prospective takeover from mega-rich Saudi Arabian owners is completed.

It would be interesting to see how this signing would go down with the faithful Toon army, as Alonso had a six-month loan spell with their heated rivals Sunderland in 2014.

The Mail reiterate that the attack-minded full-back did not receive a ‘warm’ welcome when Chelsea played Newcastle in October. 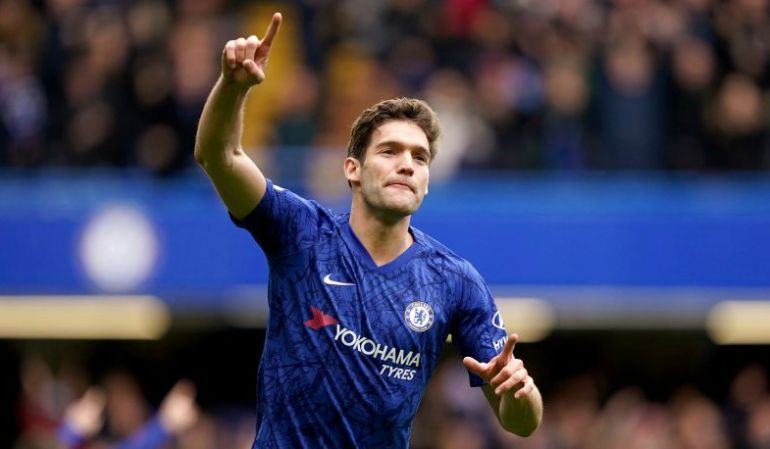 Frank Lampard’s side have looked fairly unconvincing at left-back this season with Alonso and Emerson Palmieri both being linked with exits this summer.

Alonso has made some key contributions in attack this term, with four goals and three assists from just 11 Premier League appearances.

However, the Spain international leaves a lot to be desired on the defensive side of the pitch, Alonso’s attack-first mentality often leave major gaps in Chelsea’s defence which have been exploited.

The left-back joined the Blues in the summer of 2016 and went on to play a key role for the side that won the title that season, Alonso has also won the FA Cup and Europa League with Chelsea.

Newcastle do often utilise a formation which involves two wing-backs and three centre-backs, so perhaps the Magpies’ system would be perfect for Alonso.