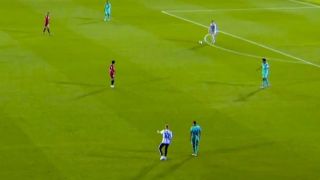 A fan with an Argentina shirt reading ‘Messi 10’ on the back somehow got onto the pitch during Barcelona’s La Liga clash with Mallorca last night.

Barca were in action for the first time since the Spanish top flight resumed after its suspension due to the coronavirus pandemic, and the game was of course played behind closed doors.

And yet, somehow, this chap was able to not only get into the stadium in the first place, but also get right up close to players on the pitch before eventually being removed.

It seems he was after a selfie with Barcelona left-back Jordi Alba, and that he’s clearly not got the memo about staying two metres apart at the moment!

See a video of the incident above, while there are also some photos of the fan on the pitch and later being escorted off. 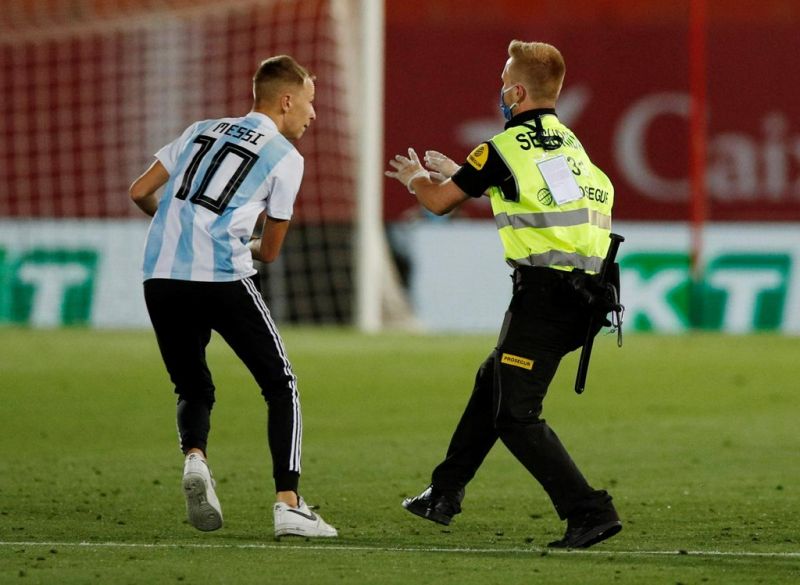 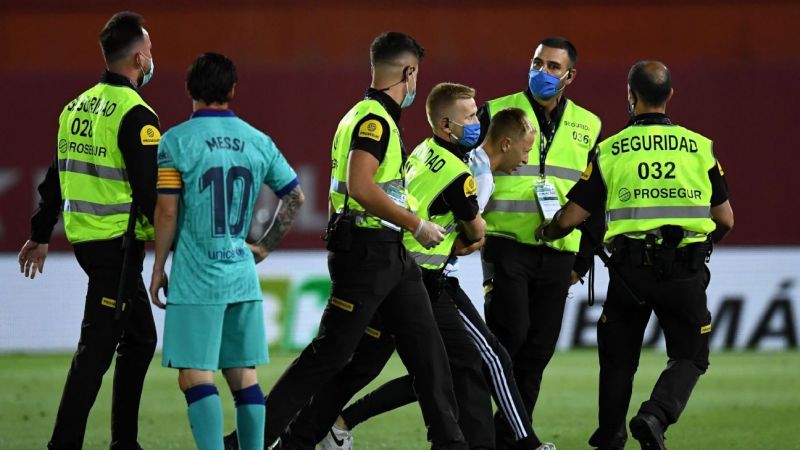 The fan is eventually removed