Arsenal legend Ian Wright has heaped special praise on exciting youngster Bukayo Saka, describing him as the future of the club after his breakthrough in the first-team this season.

Saka has come through Arsenal’s academy and now looks a hugely important part of Mikel Arteta’s squad, initially looking a promising attacking midfielder before excelling after being asked to cover in the left-back position.

The 18-year-old should have a great career ahead of him, but there are question-marks over his situation at the Emirates Stadium, where he has just a year to run on his current contract.

Arsenal fans will no doubt be eager for Saka to commit his future to the club, but Wright feels the youngster is justified in taking his time and getting the best deal for him, as he is going to be such a key figure for the Gunners if he does stay in north London.

“He’s right him and his representatives to hold out as best they can because he’s the future of the club,” Wright told DAZN, as quoted by the Metro.

“They cannot afford to let a player like this leave, When you look at what Callum Hudson-Odoi has done and he’s a year younger. The contract he signed, Saka’s representatives will be saying: ‘Why should I sign for any less?’ 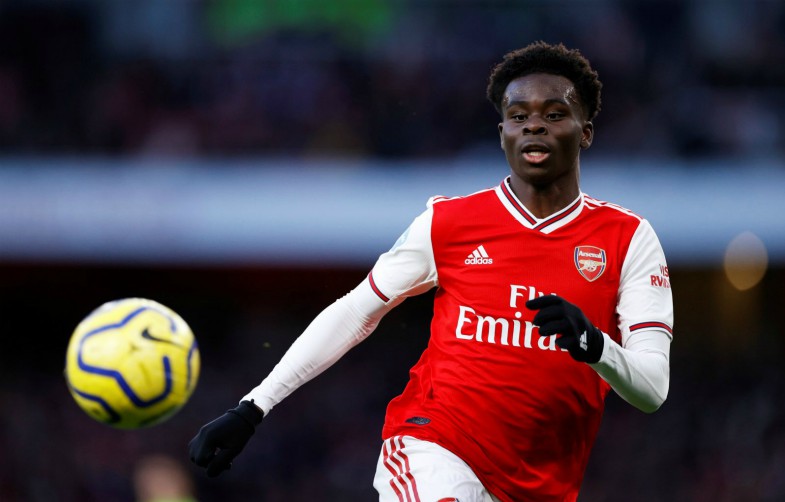 “I believe he will sign but I do think him and his reps are doing the right thing by dragging it out to get the best deal they can. Arsenal is the right place for him at the moment.”

Wright added that he also feels Saka’s best position in the long run is going to be as a winger, rather than as a full-back, saying: “For me he’s a better winger. It’s just because of his ability and how good he is that he can play that position.

“Ashley (Cole) turned out to be one of the best full-backs in the world but this guy is better further forward.”