Liverpool star Roberto Firmino has appeared to give his approval to the potential return of Philippe Coutinho to Anfield.

Transfer rumours have emerged that suggest the Barcelona flop is eager for a return to Jurgen Klopp’s side after his pretty disastrous spell since leaving back in January 2018.

Kevin Palmer yesterday tweeted a screen grab of his report in Sunday World which stated that Coutinho had made a plea to Klopp about rejoining the Reds, and that he’d be willing to accept a lower salary in order to come back to the club… 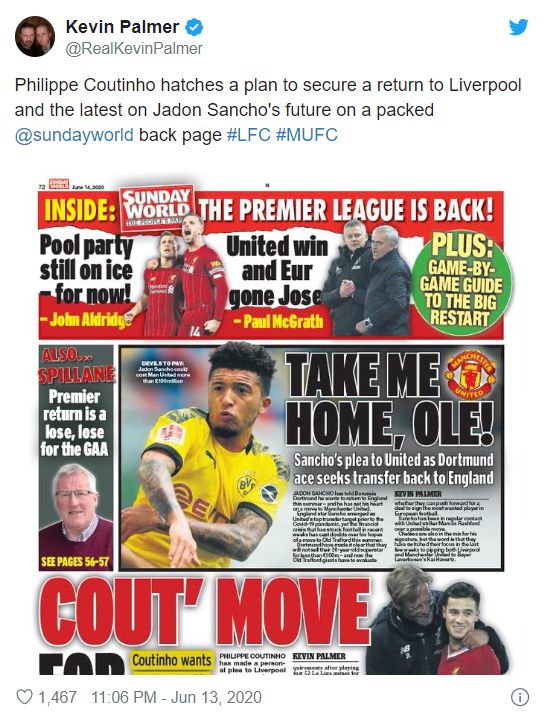 Unsurprisingly, this rumour has now attracted plenty of attention, and it seems Firmino is one of the people who took notice of the story.

Judging from this screen grab below, which shows Firmino liking the rumour, it seems the LFC forward would be keen on linking up with his fellow Brazilian once again… 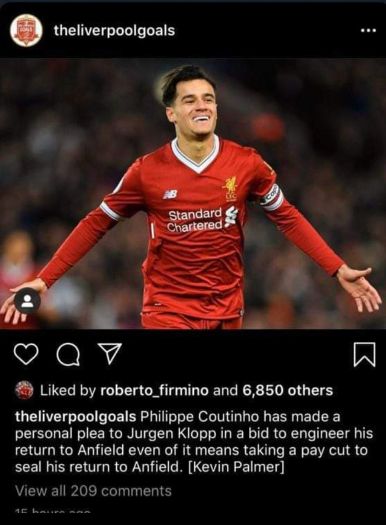 We’ll now just have to wait and see if Liverpool view this is as a good deal for them, with Coutinho looking a risky signing at the moment after his remarkable dip in form at Barcelona and with loan club Bayern Munich this season.

Liverpool have barely missed the 28-year-old, with Klopp using the money from his sale to sign the likes of Virgil van Dijk and Alisson and put together one of the best squads in world football, which enjoyed Champions League glory last season and will now most likely also lift the Premier League title this term.