Tottenham’s Jose Mourinho has taken the bull by the horns with regard to one particular player, and might well have jumped ahead of Manchester United and Liverpool in the race to secure the free transfer this summer in the process.

According to the Daily Express, the Portuguese has been tracking Paris Saint-Germain’s right-back Thomas Meunier for months, and has now spoken to his representative, Pini Zahavi, in order to be in the box seat for his services once the 2019/20 Premier League campaign is over.

The outlet suggest that Toby Alderweireld’s friendship with his countryman might also help to swing the balance in the north Londoners favour, but it is still likely to take all of Mourinho’s powers of persuasion to acquire the player.

With the coronavirus pandemic hitting clubs hard financially too, the Daily Express note that Spurs will have little money to spend this summer, and perhaps none at all.

To that end they’ll need to be creative in terms of their acquisitions, and Meunier, at 28, would surely represent a high-quality hire.

He likes to get forward at every opportunity, is solid in defence when required and is positionally sound. Moreover, he would be an instant upgrade on Serge Aurier who has had a tough time of it in North London. 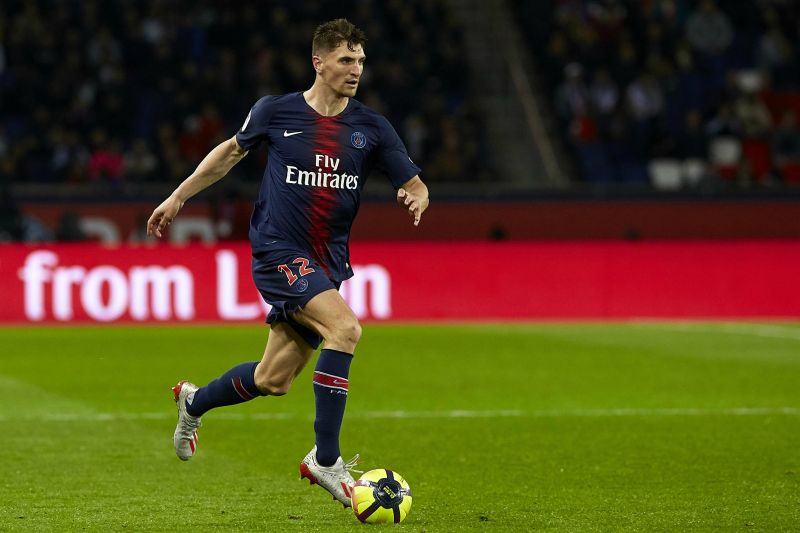 Liverpool have the excellent Trent Alexander-Arnold as their first choice right-back, so Meunier would probably do well to move to Tottenham if he wants to play more often, even if Anfield looks a tempting destination for top players at the moment.

Man Utd, meanwhile, could perhaps do with Meunier as cover for Aaron Wan-Bissaka, but again don’t exactly look like the team for the Belgian to join if he wants to be playing week in, week out.