Arsenal are reportedly closing in on the transfer of exciting Iranian forward Sardar Azmoun, who has been compared to Lionel Messi.

Reports in Italy claim the Gunners are leading the chase for the signature of the Zenit Saint Petersburg star, who would likely cost around £31million to bring to the Emirates Stadium this summer.

MORE: Chelsea could be offered chance to beat Arsenal to midfielder transfer

Azmoun has 26 goals in 45 games for Zenit in all competitions, whilst also chipping in with seven assists this season to show his fine all-round game.

Arsenal could do with a signing like him at the moment amid all the doubts over Pierre-Emerick Aubameyang’s future.

The Gabon international is nearing the end of his contract and has been linked with the likes of Barcelona, Inter Milan and Paris Saint-Germain. 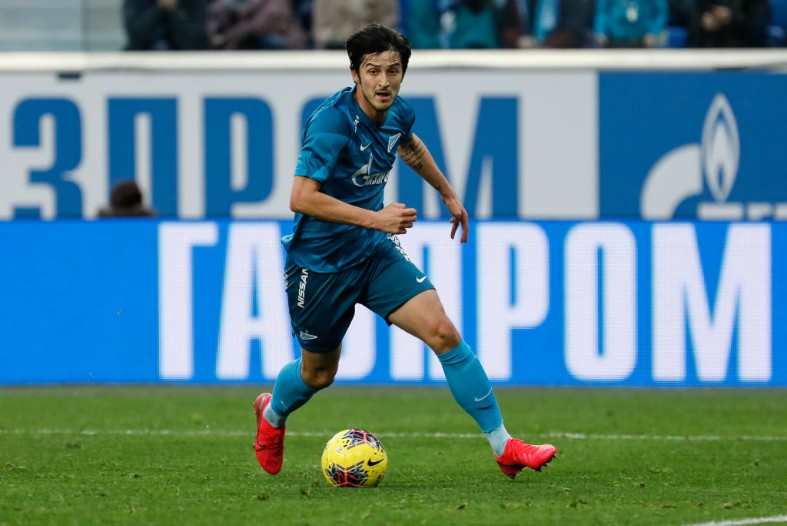 Sardar Azmoun looks set for a transfer to Arsenal

If Aubameyang moves on, Azmoun looks like he could be just the man to take his place up front in Mikel Arteta’s side.

Reports suggest former Gunner Andrey Arshavin may have played a key role in helping Arsenal jump to the front of the queue for the 25-year-old’s signature.