Chelsea may have been given a boost in their rumoured pursuit of Bayer Leverkusen star Kai Havertz.

Despite the Telegraph claiming Bayern Munich look in the strongest position to sign Havertz, reliable Sport Bild writer Christian Falk has denied that these claims are accurate. 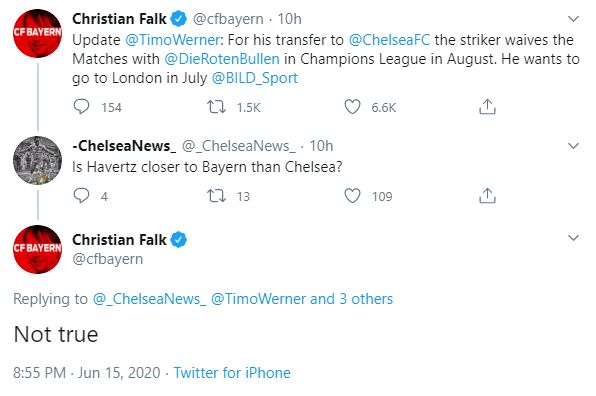 Chelsea have been strongly linked with Havertz by the Daily Express and others, so will be relieved to hear that the Bayern rumours may not be anything concrete.

The Blues could do with improving their attack next season and the exciting young Germany international looks ideal for Frank Lampard’s side.

The 21-year-old is one of the most promising talents in the game at the moment and it’s little surprise to see so much talk of big clubs being in for him.

Chelsea lost Eden Hazard last summer while they were under a transfer ban, so could do well to now swoop for Havertz as a replacement for the Belgian.