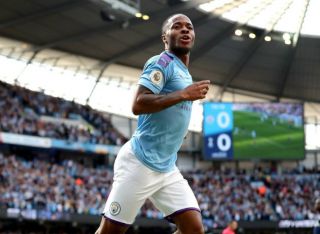 As the Premier League gear up for Project Restart and the first round of games, Raheem Sterling reflected on the thought of football not having come back at all in 2019/20.

Everyone is still having to get used to what is being termed the ‘new normal,’ and the Man City attacker did think there was a point when that wouldn’t include English top-flight football.

Speaking to Micah Richards on BBC Radio Five Live, cited by BBC Sport, Sterling also spoke about life in lockdown and his thoughts on the racism debate that has reared its head again in the wake of the death of George Floyd.

“It’s been weird but it’s been a moment to cherish with the family,” Sterling said about the lockdown.

“The first couple of weeks were kind of like a holiday, being able to spend time with the kids at home and help the missus out, because we’re always away. But towards the end I was screaming ‘get me out of there’.

“[…] I didn’t think we were going to return. But we’re slowly getting back to our normal routine and football is back. Hopefully we can put smiles on people’s faces.

“[…] I feel like we’re getting close to where we want to be. The protests have shown everyone, not just black people, but the whole country, the whole world, that people are tired. People are tired of the hope they don’t have.”

With Arsenal now on the immediate horizon, Man City will surely want to hit the ground running in order that they can cement second place in the Premier League ahead of a Leicester City side who are still breathing down their necks.

In order to do that, Sterling has to play the fullest part, and with the Champions League an option for the Citizens in any event, 2019/20 could still end up being a successful campaign for Pep Guardiola’s side.