The latest roundup of Man Utd transfer news is here, and it looks like it could be a busy summer for the Red Devils.

While United star Marcus Rashford has stolen the show today with his superb work in forcing a government U-turn on free school meals, fans will also be keen to hear about the players who could soon be lining up alongside him at Old Trafford.

One big name on United’s agenda is Barcelona wonderkid Ansu Fati, who has a €170million release clause that could be tempting for MUFC.

Reports claim Ole Gunnar Solskjaer’s side have already had two bids rejected for Fati, but view the 17-year-old as a huge talent who could be well worth a big investment, even if it means smashing their transfer record for him.

Reds fans will now hope the club can up their offer slightly and persuade Barcelona to let this highly-rated prodigy leave.

According to reports, the £40m-rated Jamaica international is being eyed by Solskjaer and co. as a cheap alternative to Borussia Dortmund’s Jadon Sancho.

Finally, United could be set to allow Paul Pogba a move away this summer, if their midfield targets are anything to go by. 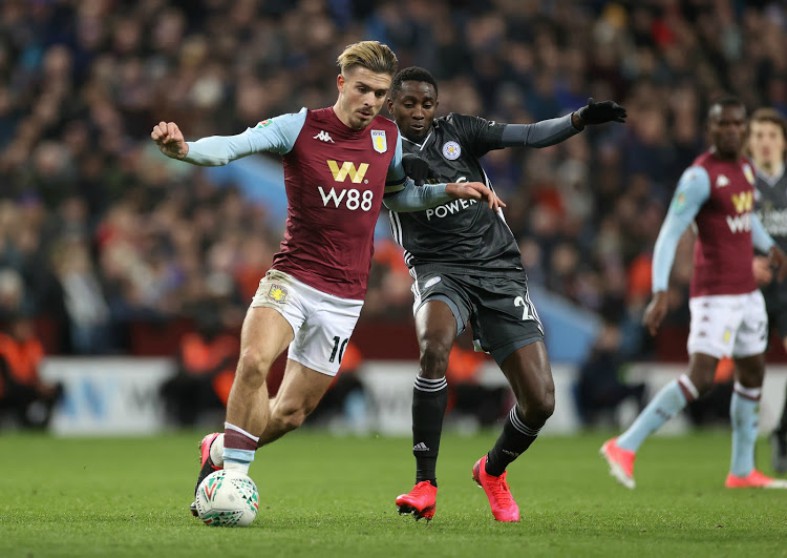 Jack Grealish and Wilfred Ndidi in action in the Premier League

Sources in Spain suggest Barcelona are on alert for Pogba as United are looking to replace him with Wilfred Ndidi and Jack Grealish.

This could be fine business by Man Utd if they pull it off, and Pogba could also be a decent fit for Barca.