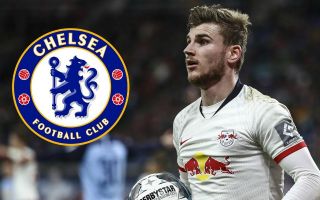 A meeting will take place tomorrow that could allow RB Leipzig striker Timo Werner to play for Chelsea in this season’s Champions League.

The Germany international is on the verge of completing a move to Stamford Bridge, according to the Daily Express, and the report adds that he could even feature for the Blues later this season as UEFA executives prepare to discuss player registrations tomorrow.

The report explains that Werner has told Leipzig that he doesn’t want to play for them later on in this term’s competition, which has been delayed due to the coronavirus pandemic.

This big break could allow Chelsea to field their incoming signing for the second leg of their clash with Bayern Munich, but it might be his only appearance for the club this season as Frank Lampard’s side are 3-0 down on aggregate after a heavy home defeat back in February.

Still, Chelsea fans would no doubt be excited to get an early look at Werner, who would surely not be allowed to play in the west Londoners’ remaining Premier League games.

CFC are currently fourth in the table but have Manchester United breathing down their necks, so there’s no guarantee Werner will be playing in the Champions League again any time soon.