According to the Athletic (subscription required), Pedro doesn’t want to play again for Chelsea this season as he’s already agreed terms over a transfer to Roma once his contract expires this summer.

The Athletic’s Simon Johnson adds that the veteran winger has agreed a two-year deal worth around £56,000-a-week with the Serie A outfit, the contract also includes the option for a further year.

It’s claimed that the Blues have been trying to negotiate a short-term extension to Pedro’s contract that would see him through the rest of the season, however the Spaniard doesn’t want to take any risks.

Frank Lampard’s side will need all hands on deck as they’re currently 4th and will need to perform in the run-in to seal qualification for the Champions League, the west London outfit are also still in the FA Cup.

Pedro won’t be a major miss when Chelsea play the second-leg of their Champions League knockout clash against Bayern Munich, as the Blues are already 3-0 down. 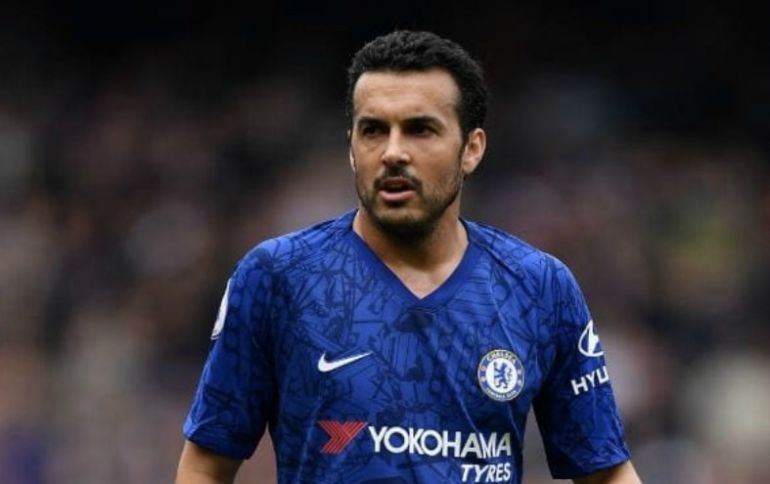 Pedro’s recently played a reduce role for Chelsea, so it’s not surprising to hear the Spaniard will leave.

With this development, it seems as though Pedro will officially leave Chelsea on June 30.

The Athletic add that Pedro doesn’t want to risk a £2.9m-a-year deal with Roma as there’s of course the possibility that the ace could be injured in any of the remaining fixtures.

It’s reported that Willian is also free to leave in this manner, however the Brazilian is likely to continue playing for the Stamford Bridge outfit until the season ends.

The Athletic add that Roma are an attractive proposition for Pedro – not just for financial reasons, as a move to Paulo Fonseca’s side will allow the attacker to continue playing at the high level.

Lampard’s current prime wide options consist of Christian Pulisic, Callum Hudson-Odoi and of course Willian – Pedro’s absence may not be as big a blow as Mason Mount can also play on the wings, as well as the returning to full fitness Ruben Loftus-Cheek.

Pedro, who turns 33 at the end of July, has only made 18 appearances across all competitions this season so it’s hardly surprising that the ace is leaving given that Lampard is moving in the direction of fielding younger players.