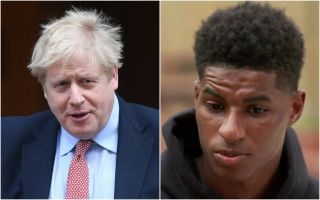 Manchester United star Marcus Rashford has opened up on his phone call with Prime Minister Boris Johnson after his brilliant campaign to get the government to U-turn on helping children with free school meals over the summer holidays.

The England international has been passionately advocating the scheme, discussing his own personal reasons for wanting to do his bit to end child hunger in this country after his own difficult experiences whilst growing up.

While Johnson was seemingly not prepared to back down on plans to end the meal vouchers scheme over the summer, the government announced a surprise U-turn yesterday afternoon, much to the delight of Rashford, and indeed millions of families across the country.

It seems the Prime Minister was then in touch with Rashford to thank him for his work on this issue, and the 22-year-old says he was grateful for his decision and for the pleasant exchange of words.

“I am grateful that the Prime Minister did change his decision,” Rashford told the BBC.

“I spoke to him and just thanked him for that – it was a nice conversation to have. I felt we understood each other.

“He was just obviously saying thank you for using what I’ve sort of built in a positive manner.” 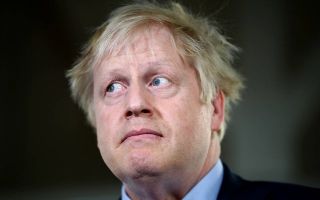