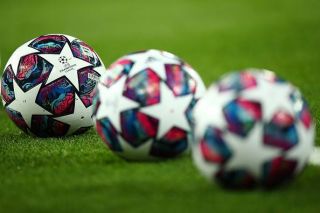 UEFA have today confirmed plans for finishing this season’s Champions League after a meeting.

As revealed in a press conference hosted on UEFA’s official website, the Champions League will be going through a number of changes in order to finalise this season’s edition of the competition quickly.

Instead of the traditional format, Europe’s top club competition will now be held after the completion of domestic seasons, in a mini-tournament mode in August.

The second legs of the last 16 ties will be completed across the 7th and 8th of August, but from then on the quarter-finals and semi-finals will be one-off ties instead of the usual two-legged affairs.

The final will then be hosted in Lisbon on August 23, and next season’s qualifiers will also be over one leg rather than two.

As for new signings, UEFA say that clubs can register three additional players to compete in the Champions League in August, but not new signings.

This means Hakim Ziyech will not be able to be registered to play for Chelsea despite already completing his move from Ajax.

The Europa League final, meanwhile, will be played in Cologne on August 21.

Destinations for the quarter-finals and semi-finals are yet to be confirmed, but it’s suggested these could all be played in Lisbon, who would act as a host nation, similarly to international tournaments like the World Cup and Euros.

Intriguingly, UEFA also say they will consider if some fans can be present for games in August, with the coronavirus situation seeming to have improved in many parts of Europe.

One imagines caution is still sensible in these difficult times, and full stadiums are perhaps unlikely for a little while longer, but it would be a boost if we could at least see partially full stadiums again this season.