It’s amazing to think that less than 15 years ago Deportivo La Coruna were on the verge of a Champions League final, now they are desperately trying to prevent relegation to the third tier.

They were a goal down against local rivals Real Oviedo tonight when they were awarded a penalty, but Real Madrid loanee Andriy Lunin was equal to it:

Emre Colak does make it painfully obvious where the ball is going but it’s still well struck and he has to get down well to stop it.

With the financial uncertainty in football it’s possible that expensive back up goalkeepers will be sacrificed, so Lunin might have a chance of making the squad at Real next season. 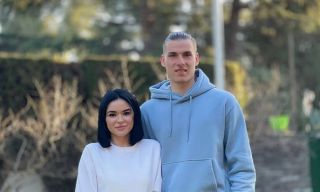