According to the Evening Standard, Liverpool have refused to comment on the fitness of Mohamed Salah after the superstar forward appeared to miss training on Wednesday.

Whilst that absence was mooted as a precautionary measure, question marks now seem to be arising again after Salah wasn’t present in any of Liverpool’s pictures from yesterday’s training session.

Liverpool’s first match back is a heated encounter against local rivals Everton, so missing Salah would be a key blow to the side.

Fortunately, Jurgen Klopp’s side have performed so well this season that lifting the club’s first league title in 30 years is now a matter of when – not if, so perhaps Salah being out isn’t that big a deal. 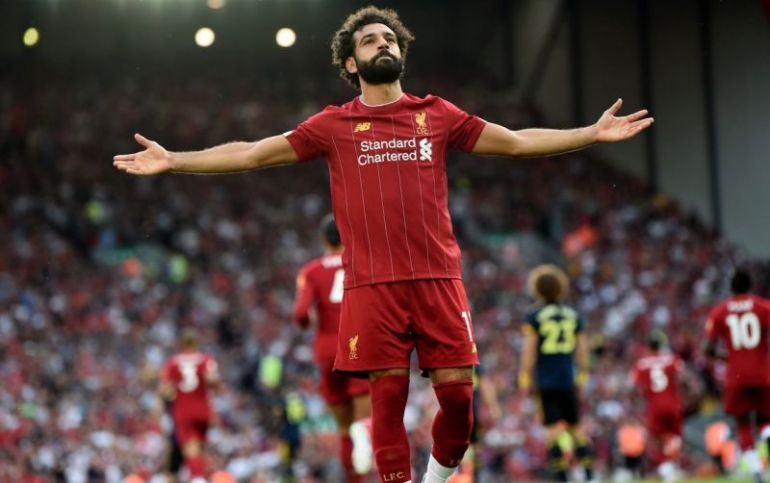 Salah has established himself as one of the world’s best attackers since joining Liverpool.

The Standard report that Andy Robertson and Alex Oxlade-Chamberlain fully participated in training, which will be a massive boost for Liverpool supporters.

With Liverpool yet to offer an update on Salah, we won’t have any clarity on the star’s fitness until Jurgen Klopp pre-match press conference on Friday afternoon.

Xherdan Shaqiri will definitely miss the clash against the Toffees as the Standard report that the Swiss attacker has not been involved in team training since its resumption last month.

Liverpool’s attack would certainly be severely dented if Salah isn’t available, the 28-year-old has bagged scored 16 goals and added six assists in the league this term.