Social media was ablaze on Thursday when Bayer Leverkusen wunderkind, Kai Havertz, dropped a huge hint as to his next playing destination.

The 21-year-old has been in brilliant form for the Bundesliga outfit, particularly post-lockdown, and his 12 goals in 28 appearances in 2019/20, per transfermarkt, has seen him become much sought-after.

An exclusive report from Sportbuzzer suggested that Real Madrid were willing to offer two players as part of a deal to bring the youngster to the Santiago Bernabeu, but their first approach has been turned down by Leverkusen.

Barcelona are also alleged to be interested according to Sportbuzzer as well as Frank Lampard’s Chelsea, with the outfit noting that Roman Abramovich is willing to pay the €100m it will take to prise Havertz from his current employers.

Furthermore, they suggest that Abramovich has already contacted the player personally to persuade him to move to north London, even though it’s understood the players preference is to play in Spain rather than England.

In so doing, he’s surely dropped the biggest hint yet that he could be about to form a fearsome partnership with Timo Werner, who was officially announced by the club on Thursday morning. 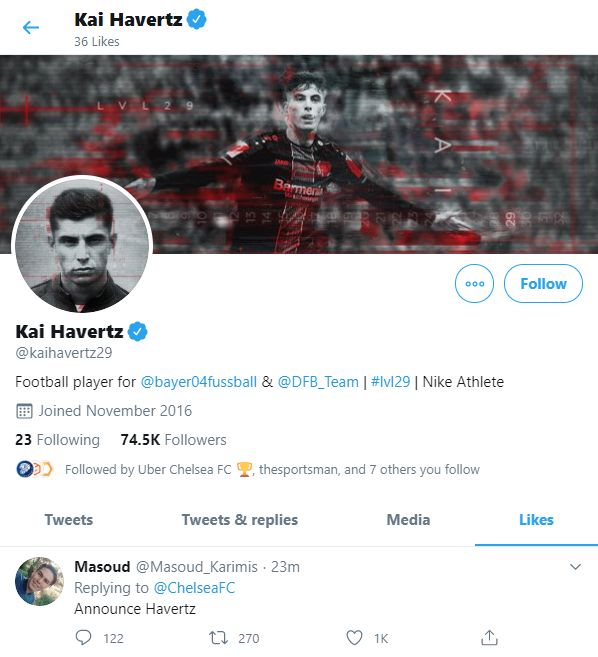