According to the Sun via Italian outlet Corriere dello Sport, Manchester United and Arsenal are both interested in a move for Roma ace Cengiz Under in the next transfer window.

It’s claimed that both Premier League clubs are keen on attacking reinforcements this summer, with 22-year-old Under thought to be admired by Ole Gunnar Solskjaer and Mikel Arteta.

The Sun add that the right-winger would cost around £27m, making him much cheaper than United’s prime target Jadon Sancho.

As per a separate report from the Sun, Sancho is valued at £115m – a fee that the Red Devils are reluctant to part with whilst we are in the midst of the Coronavirus pandemic.

Under struggled with a hamstring injury at the start of the season, this has hindered the ace’s campaign, with the talent contributing just three goals and zero assists from 20 appearances in all competitions. 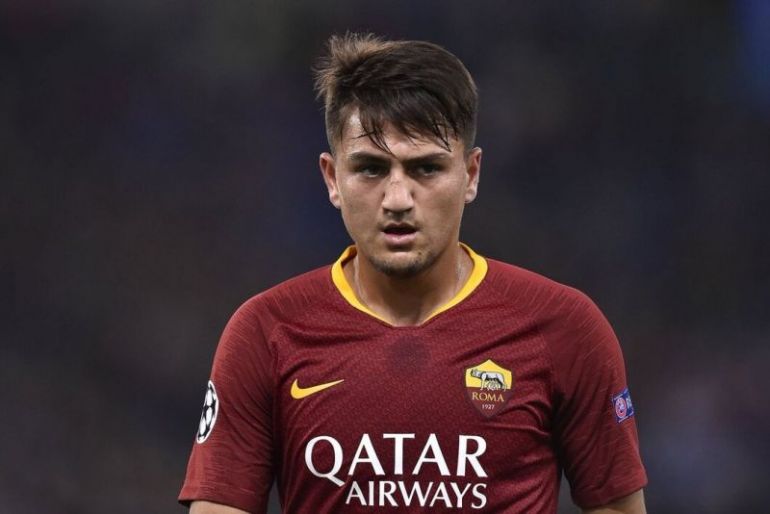 Cengiz Under in action for Roma

The Sun claim that Roma are prepared to listen to offers for the Turkish starlet this summer, with Everton also reportedly keen on Under.

Under was much more potent last season, with six goals and an impressive 10 assists from 33 outings.

Solskjaer’s side are particularly thin in the wide areas, especially as Marcus Rashford and Anthony Martial have now been transformed into centre-forwards.

This has left last summer’s addition Dan James to play perhaps a bigger role in the first-team than anyone would have expected.

With the likes of Juan Mata and Jesse Lingard now experiencing less minutes, it’s clear that the Red Devils have to strengthen in this area before next season starts.

Whilst a fairly high-profile talent like Under would fit the mould of Solskjaer’s recent signings, Under could be just as important an addition to Arsenal.

Mikel Arteta’s side could do with someone more experienced than Reiss Nelson and Gabriel Martinelli to compete with Nicolas Pepe for a spot on the wings, the Ivorian has struggled after his big-money move.