Arsenal collapsed in the final stages of this afternoon’s Premier League clash against Brighton. The Seagulls came back from a goal down to win 2-1 thanks to some heroics from Neal Maupay.

The Gunners have now been handed a further blow to their already slim chances of achieving Champions League qualification this season.

Subs: 45′ March on for Mooy, 71′ Montoya and Connolly on for Schelotto and Gross, 87′ Stephens on for Trossard, 90+4 Alexis Mac Allister on for Bissouma.

Subs: 40′ Martinez on for Leno, 78′ Nketiah on for Lacazette, 87′ Willock, Nelson and Tierney on for Saka, Ceballos and Pepe.

Arsenal were the better side in the first-half, with Arteta’s men creating more chances than Brighton.

The best opportunity of the opening 45 minutes fell to the Gunners in just the 7th minute, Bukayo Saka rattled the crossbar with a thunderous effort from the edge of the box.

The most notable moment of the first-half was the injury to Bernd Leno, the Arsenal stopper landed awkwardly and painfully after a nasty collision with Maupay.

Leno raged at the centre-forward as he was being taken off:

Bernd Leno was not happy with Neal Maupay ?

He had some words with the Brighton forward when exiting the pitch…?#PLReturns pic.twitter.com/nHhcjZDMIQ

In the second-half, the match opened up much more, the first solid chance fell to Pierre-Emerick Aubameyang, the talisman was slipped in by partner Alexandre Lacazette and saw his driven effort turned away by Mat Ryan.

In the 74th minute of the encounter, Nicolas Pepe produced a moment of magic as he cut into the box and curled the ball into the top corner.

Spectacular stuff! He buries that into the top corner ?#PLReturns pic.twitter.com/BWw4jCn8NB

Maupay, who was already at the centre of attention after the Leno incident, secured the headlines with a winner in the final minute for the Seagulls.

Arsenal supporters may be furious after this goal, but just look at how perfectly-crafted every inch of this was, did they really have any chance of stopping this?

Tempers reached boiling point at full-time. Matteo Guendouzi should really face a ban for grabbing Maupay’s neck, which sparked a scuffle between the two teams.

Arsenal showed fight at the completely wrong time and now they’ve come across as nothing more than sore losers. 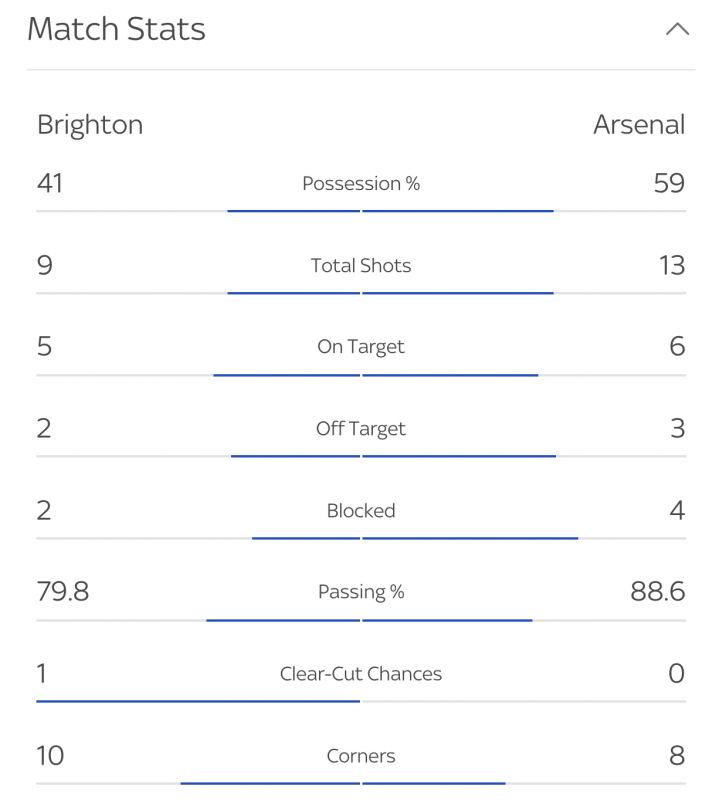 This was a mammoth victory for Brighton and possibly a result that Arsenal will find it impossible to recover from. The Gunners’ hopes of finishing in a Champions League spot are becoming slimmer.

Graham Potter’s men have now put a bit of distance between themselves and teams that are battling relegation, Brighton will be hoping to take the momentum from today to string together a couple more wins – which should be enough to keep them up.