Paris Saint-Germain have been dealt a blow in their attempts to negotiate their way to a first-ever Champions League title win.

The French side haven’t played in months domestically because of the coronavirus pandemic and the subsequent decision by the authorities to cancel the season as a result.

Whilst other leagues around Europe have restarted, PSG, along with Lyon as France’s only participants left in the latter stages of the premier European knockout tournament, have sat idle.

With UEFA having announced that the quarter-finals of the competition won’t take place until mid-August, the Parisiens could be at a huge disadvantage in terms of fitness.

To add to manager Thomas Tuchel’s woes, both Edinson Cavani and Thomas Meunier have refused to sign short-term contracts to ensure their participation in the tournament, per RMC Sport and cited by the Daily Mail.

With expected moves afoot for both players during the summer, though their stance may be unpalatable to some it’s surely understandable.

Any injury at this stage could well scupper a move elsewhere, but their omission from the squad is another nail in the coffin to PSG’s chances of lifting the trophy in Lisbon. 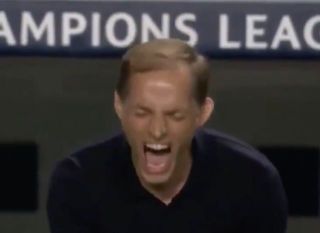