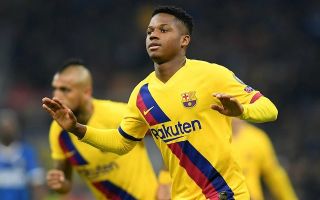 Barcelona wonderkid Ansu Fati has reportedly decided to focus on his career in La Liga as he has no intention of sealing a transfer away from his current club.

This is despite the strong reported interest from Manchester United, which Mundo Deportivo have cast doubt over in their report on Fati’s future at the Nou Camp.

The 17-year-old is a huge prospect and has enjoyed a fine breakthrough season in the Barcelona first-team, and this has led to speculation over his future this summer.

Still, Mundo Deportivo suggest Fati has not heard anything from Man Utd directly, and that he isn’t interested in a potential move to Old Trafford at the moment.

The Red Devils would undoubtedly do well to bring the young Spaniard to Manchester, but it also makes sense that he might not be in a hurry to move to Ole Gunnar Solskjaer’s side in their current state. 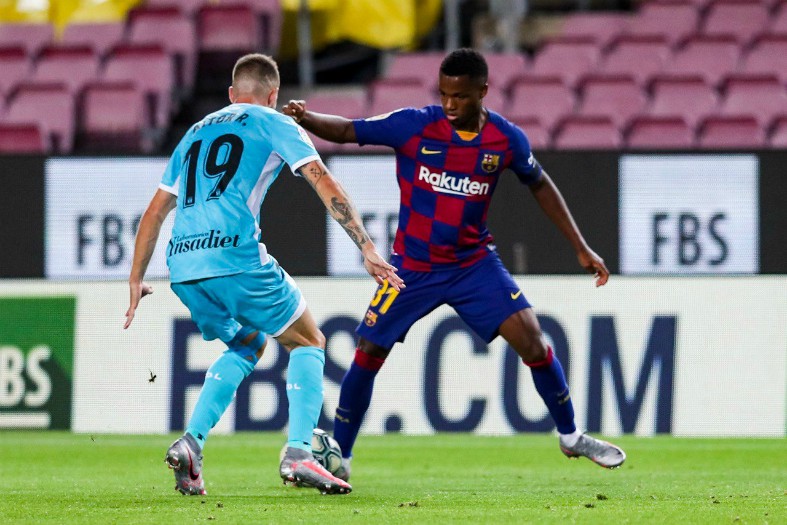 United are once again facing the very real possibility of missing out on Champions League qualification, and Fati will surely want to keep on playing at that level with Barca.

Of course, there is plenty of competition for places in Quique Setien’s side, but Fati has been given plenty of opportunities at a club that has a history of bringing players up through their youth system.

Barcelona must renew Ansu Fati now if they want to keep him from Man United’s clutches September 7, 2020 18:47
Manchester United FC