We’re all used to a player taking the easy way out and going down for a free kick at any opportunity, so it’s always refreshing when someone bucks that trend.

Valencia winger Goncalo Guedes has a case for a few fouls here, he’s almost face down on the floor at one point, yet he keeps going forward and applies a stunning finish:

Takes it from halfway, beats four players and then the keeper! ?

After they had an early goal disallowed Valencia now have their lead ? pic.twitter.com/HpUEpYrcNF

His big move from Benfica to PSG didn’t work out a couple of years ago and he’s been maddeningly inconsistent since arriving in Spain, but he’s also produced special moments like this – hopefully he can do it on a more consistent basis. 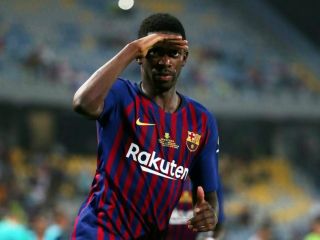 Barcelona could be set to fork out €120M for transfer of Ousmane Dembele replacement October 13, 2018 11:52
Inter Milan