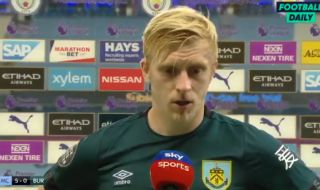 Since the return of the Premier League, players have worn the Black Lives Matter slogan on their shirts, and have taken a knee at the start of games in tribute to the movement that has really taken off since the tragic death of George Floyd at the hands of police in Minneapolis last month.

Unfortunately, some Burnley fans arranged for a banner to be flown over last night’s match which read ‘White Lives Matter’, as seen in the picture below… 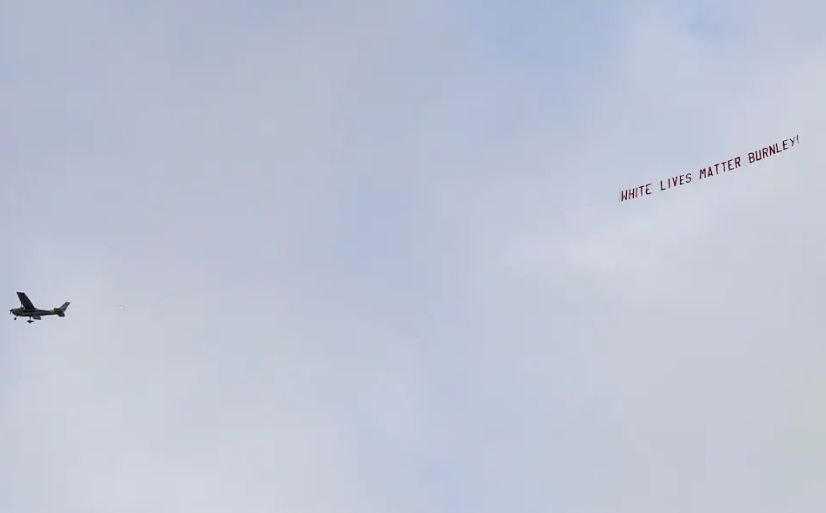 Burnley fans embarrassed themselves with this White Lives Matter banner

After the game, Burnley captain Ben Mee showed his class by speaking up about it immediately in his post-match interview.

See below as the Clarets skipper is visibly angered by what he saw, stating that he was “ashamed” and “embarrassed” for his team to be associated with this idiotic act by a minority of their supporters.

“I’m ashamed, I’m embarrassed that a small number of our fans have decided to fly that around the stadium,” Mee said.

“They have completely missed the point. There’s a group of lads in there that is embarrassed to see that, they’ve missed the point of the whole thing we are trying to achieve and these people need to come into the 21st century and educate themselves.

“It does not represent what the club is about, what the players are about and what the a majority of the fans are about, that’s for sure. It’s a small minority of people and I’m really upset that happened.

“Literally as we were coming out, we heard some whispers that it might happen, the club were trying to stop it. I hope it doesn’t happen again. We are ashamed and upset.”

It truly is shocking that something as important as fighting for justice and equality can be laughed off and dismissed by some in this manner, and it’s important that Mee instantly condemned this disgraceful behaviour.

For anyone who still doesn’t understand the point of the movement, here is a good explanation from anti-racism organisation Kick It Out…

Meanwhile, here’s reaction to Mee’s powerful words after the game as fellow pros, pundits and fans alike praised him for his criticism of the banner…

In less than three minutes, Ben Mee gives a far better analysis of #BlackLivesMatter than Dominic Raab. https://t.co/QjvP3SSScV Politicians patronised footballers, and then the latter took them to school.

Well done Ben Mee. It would be easy to ignore and just talk about football but the fact is we should be calling it out. Speaks well here. https://t.co/l8JR2tKMWF

Huge respect to Ben Mee for speaking out about the disgusting banner. The comments in this thread show there is plenty to do to tackle racism in this country! https://t.co/HSW0IwKJO4

Respect to Ben Mee for his interview. 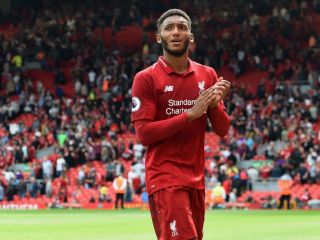