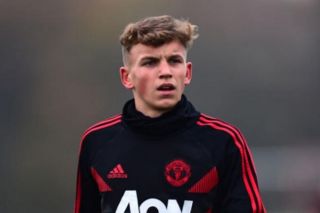 Although it must be disheartening for a youngster to be released from a major club, it’s possible that this might be a good time for it to happen.

Every club is going to need to save money and veteran players are unlikely to take a wage cut to move to a new team, so it means young free agents could be vital for clubs as they look to build their squads.

Dion McGhee is a young midfielder at Man United who’s been at the club since he was seven and has appeared for the youth teams, but it sounds like it’s time for him to move on.

READ MORE: ‘He needs to be even better than before’ – Former Man United star fires a warning to Scott McTominay

A report from The Manchester Evening News acknowledged that McGhee was too far down the pecking order to make it into the team, and he’s set to be released next week.

He shouldn’t be without a club for too long, as they go on to say that Rangers, West Ham and AZ Alkmaar are all showing an interest, and the Dutch sides are currently the favourites to sign him.

While everyone knows Ajax are the Dutch team with the reputation for producing youngsters, AZ have gone under the radar as a team who likes to get the young players into the team, so it could be a good move.

It was clear he wasn’t going to get a chance at Old Trafford, but it would be good to see him prove them wrong by staring somewhere else after his release.