It really feels like the season is back to normal again as we enjoy Garth Crooks’ first Premier League team of the week for three months!

See below as Crooks names his first line up of Project Restart, in what is actually one of his less experimental efforts and a very decent-looking side.

Although there’s room for players from Manchester United, Liverpool and Manchester City, the XI is rather more dominated by clubs from lower down the table, with Newcastle, Southampton and Watford represented, as well as two players each from Wolves and Crystal Palace.

Liverpool were not at their best as they marked their long-awaited return to action with a 0-0 draw against Everton, and they have Alisson to thank for some important saves to keep it level, so he’s rewarded with a place in Crooks’ team of the week.

Man Utd also had to settle for a draw on their return as they shared the points with Tottenham in a 1-1 draw, with Bruno Fernandes a stand-out performer and scorer from the penalty spot, earning him his place here.

Adama Traore, Danny Ings and Alain Saint-Maximin are among the players making up the rest of the team to show just how much talent there is spread across all the clubs in the division… 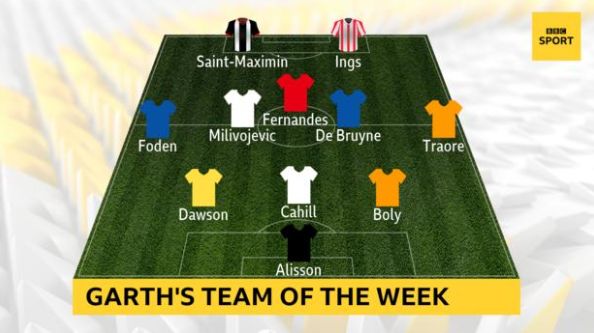 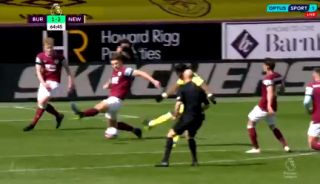 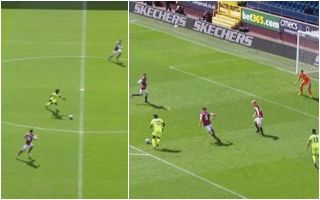