It’s incredible that Mike Dean has reached a level where he’s almost likeable as a referee, and he’s certainly more entertaining than the action sometimes.

He’s got an exceptional ability to make everything about him, so it’s likely that he knew exactly what he was doing when he returned from the lockdown with an interesting new look: 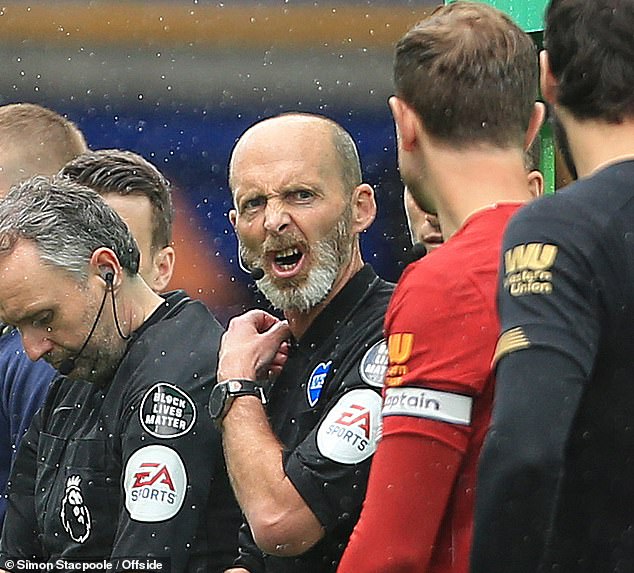 Unfortunately he was only the 4th official tonight so we didn’t get to see or hear too much from him, but his presence didn’t go completely unnoticed.

Those who watched the game on Sky Sports would’ve heard Martin Tyler talking about his radical new look, and it appears that Jurgen Klopp noticed it when he took charge of the Merseyside Derby at the weekend.

It’s doubtful that the new nickname will properly catch on, but Tyler claimed that Klopp had started calling Dean “Father Christmas” although it’s hard to see anyone being delighted if Dean emerged from their fireplace looking like that.