We’ve seen a lot of positive responses and actions within football in recent weeks in response to the Black Lives Matter movement, but sometimes we all get reminded just how far we have to go as a society.

There was a plane flown over The Etihad during the recent Man City game against Burnley, with a message stating “White Lives Matter – Burnley” 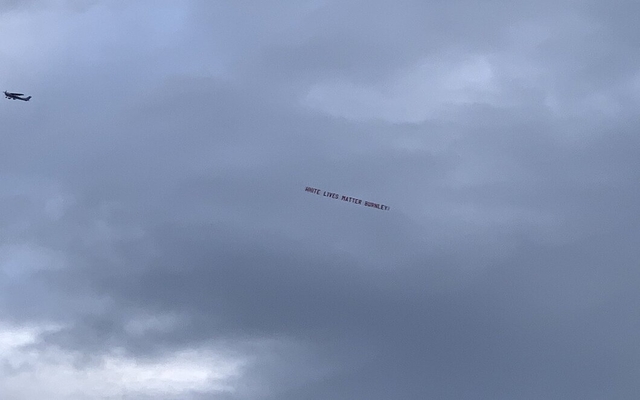 Sky News have since reported on the incident, and it’s emerged that the person behind it has been sacked from his job, while his girlfriend has also lost her job.

The confirm that the 24 year old man was dismissed from his role at Paradigm Precision on Wednesday, while his girlfriend lost her job due to posts she had made on social media.

While the Police have confirmed they have investigated and no crime was committed, the firm he worked for confirmed it was a breach of their policies and procedures so he no longer works there.