According to the Sun, Chelsea manager Frank Lampard has confirmed that the Blues are in talks to extend Willian’s contract beyond this season.

The Chelsea legend and current boss made the comments in his pre-match press conference ahead of the mammoth clash against Manchester City.

MORE: Chelsea ace agrees two year deal with Italian giants but will stay for the rest of this season

Willian and fellow winger Pedro, have both agreed to short-term contract extensions that will allow them to help the west London outfit for the remainder of the current campaign after it’s been delayed.

31-year-old Willian has been superb for the Blues this season with the star bagging seven goals and six assists in 38 appearances across all competitions this term.

The Sun hint that Lampard’s comments could serve as a blow to the likes of London rivals Arsenal, who are reportedly interested in signing the Brazilian on a free transfer. 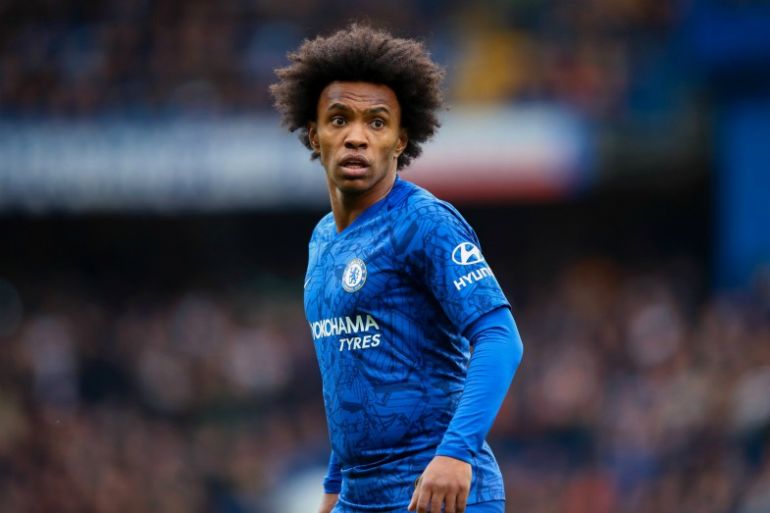 Here’s what Lampard had to say on Willian:

“I always felt confident they [Willian and Pedro] would remain, they’ve been fantastic professionals for the club, and servants in all senses.”

“And when you have that level of professionalism within you, I think it’s a sign that they wanted to stay and see out the season at least.”

“So we’ll carry on talking and see. But I think everybody’s focus now is on these next games, these individuals themselves and us as a club.”

Lampard was asked whether fine form from Willian in the run-in would boost his chances of staying beyond the current campaign:

“I really don’t want to get into beyond this season.”

“I want Willian to play his best football for the next nine or however many games we have this season depending on the cup run.”

“So we’ll see what happens with that one.”

Chelsea have quality options on the wings that are much younger and that could play a key part in the long-term for the club like Callum Hudson-Odoi, Christian Pulisic and the incoming Hakim Ziyech.

Regardless, a talented veteran like Willian, who has shown that he’s still more than capable of producing the goods for Chelsea – could be a more than worthwhile player to keep in the squad.

As per the Sun, Lampard also praised how ‘easy’ it was for the club to agree a short-term extension with Willian, perhaps this professionalism and commitment will lead to Chelsea handing the ace a new deal.

Willian has been a key part of the Chelsea sides that have won two Premier League titles, as well as the FA Cup, League Cup and Europa League in recent years.

As per Transfermarkt, the Brazil international has provided a total of 118 goal contributions (59 goals and 59 assists) in his 330 appearances for Chelsea.