It’s that time of year where clubs are starting to announce which players will be released at the end of their contracts, although there’s the odd situation that the league is still going on.

It means that some players have agreed short term extensions, but the full retained lists for each club were recently published by Sportbible.

With that in mind, here’s a look at a team made up of the best players who will be available on a free transfer this summer: 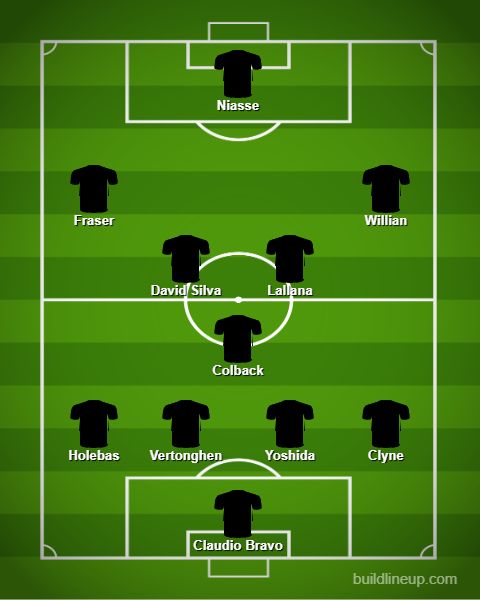 David Silva is the undoubted pick of the bunch, after being instrumental to Man City’s midfield for years. It’s not clear where he will go next, with a return to La Liga or a move to MLS looking the most likely.

Jan Vertonghen is another stalwart who will leave his club, and it could be tough for Spurs to replace him at the end of the season.

The wings are well stocked with Willian and Ryan Fraser, while departing Liverpool players Nathaniel Clyne and Adam Lallana have years of experience.

It’s slim pickings up front with Oumar Niasse looking like the best option, but it shows there are plenty of good players who could be signed for free this summer.