It’s expected that Jose Mourinho won’t be able to employ his usual method of splashing the cash to sign an entire new team after taking over at a new club, so this summer could be interesting.

It’s not clear if they will have a lot of money to spend, but they could really do with some defensive reinforcements.

The futures of Jan Vertonghen and Toby Alderweireld aren’t clear while they are also the wrong side of 30, so they need to find a long term partner for Davinson Sanchez.

A report from Fichajes has suggested they are tracking Lille defender Gabriel Magalhaes who impressed in Ligue 1 last season, but it sounds like Real Madrid and Napoli are also looking to make a move.

READ MORE: Spurs have the chance to exchange want-away Ndombele for one of two Barcelona stars

They go on to state that Spurs are prepared to match Napoli’s offer of €30m, but it’s not clear who’s closer to signing him at this point.

They do indicate that Mourinho isn’t happy with his Spurs squad and Gabriel could become an important player who could help lead them back up the table, but there’s no suggestion that a deal has been agreed.

Clearly Spurs will be looking to sign some players this summer, but it remains to be seen if they have to focus on free agents or if they will have some money to make moves. 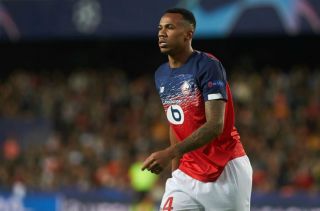