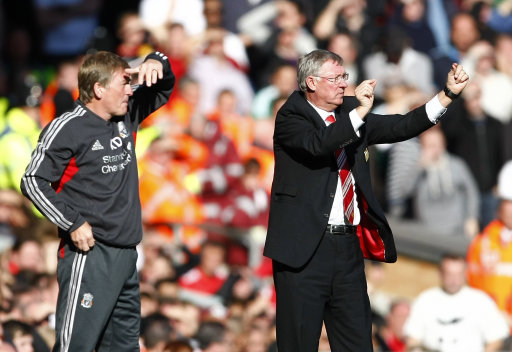 He may have won all there is to win in the game and done so through a gritty determination, but Sir Alex Ferguson has always appeared gracious enough to acknowledge when rival teams have gone one better.

After Liverpool had secured their first English top-flight title for 30 years, Fergie was quick to congratulate former Reds player and manager, Kenny Dalglish, on his club’s triumph.

“He contacted us to say congratulations by the modern medium,” Dalglish is quoted as saying by StadiumAstro.

“You go through the older generation – Fergie at Manchester United, Brian Kidd, Mike Summerbee; all the old foes who went through football at the same time as us – and at the end of the year you sent a letter of congratulations to say well done. That continues through.

“It is a great compliment. You are in competition and rivals but you are magnanimous enough to send a letter saying congratulations. Everyone is in the same game, aren’t they?”

It’s the sign of a true great when, set against the disappointment of not being successful yourself, you’re able to offer genuine congratulations to others.

Fergie, like Dalglish, may not be at the forefront of their respective club’s challenges anymore, but their ties to both United and Liverpool will never be broken.

Both remain as sounding boards if ever they’re required, and it wouldn’t be a surprise to find out that both Ole Gunnar Solskjaer and Jurgen Klopp might occasionally seek their counsel.