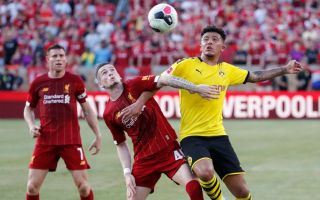 According to the Mirror via German outlet Bild, Liverpool boss Jurgen Klopp has admitted that Borussia Dortmund sensation Jadon Sancho ‘would look very good’ in a Reds shirt.

Klopp’s teasing comments will undoubtedly excite the Merseyside outfit’s fan-base, but the German simultaneously shattered hopes by hinting that a move to Anfield for the ace is very unlikely.

The Mirror report that Liverpool’s heated rivals, Manchester United, are the current front-runners for the 20-year-old’s signature, should the Reds reconsider their stance so they don’t lose Sancho to a rival?

Well-regarded journalist Christian Falk recently reported that Dortmund would only sell the England international if they receive an offer in excess of €100m (£90m). 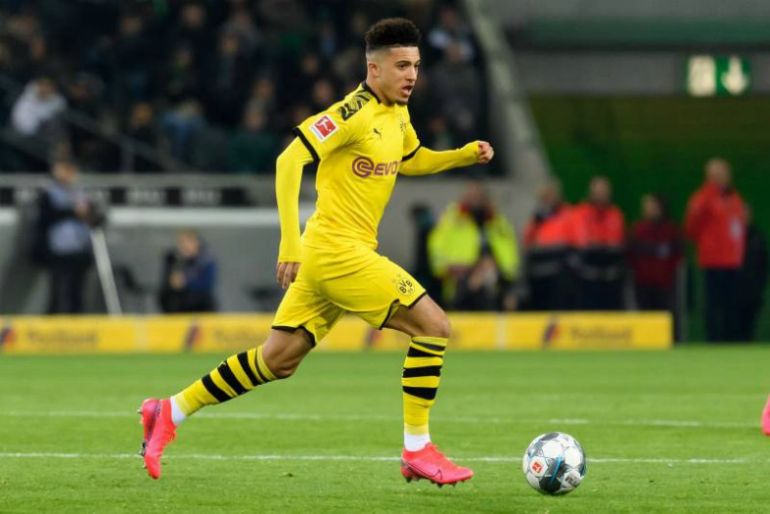 Jadon Sancho has been heavily linked with a summer move to the Premier League.

Here’s what Klopp had to say in a live event with Bild:

“A red jersey would look very good on Jadon Sancho. But I don’t think such a transfer will take place this summer.”

“He is a very interesting player. If he moved to Liverpool, I would be the most surprised of all.”

Tricky attacker Sancho has been near unstoppable this season, the wide man has scored 20 goals and chipped in with 20 assists in 44 appearances all competitions this term.

Sancho has established himself as one of the most exciting players in world football since leaving Manchester City three years ago, the ace has now even become a key member of the England team.

Klopp ruling Liverpool out of the race for Sancho really isn’t a big transfer blow to the side, the talent would find it hard to beat any of Mohamed Salah, Sadio Mane or Roberto Firmino to a starting spot.

The Reds parting with anywhere near the massive fees that have been attached to Sancho really wouldn’t make any sense at this point in time.