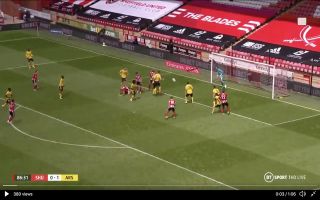 In the 86th minute of today’s FA Cup Quarter-Final clash between Sheffield United and Arsenal, David McGoldrick equalised for the Blades after the Gunners were caught napping.

A long-throw in into the box dropped dangerously in the six-yard box, Sead Kolasinac’s failed attempt at a clearance actually led to the ball floating into McGoldrick’s path.

The centre-forward made no mistake as he volleyed the ball into the back of the net.

Take a look at the Republic of Ireland international’s equaliser below:

David McGoldrick bags for the Blades! ??

Arsenal undone by a long throw-in as the Ireland striker pounces to level it late on…#EmiratesFACup pic.twitter.com/GdK4mTtve3

Mikel Arteta really needs to steady his side when it comes to defending set-pieces, Arsenal’s lapses in concentration in these situations have proved to be costly over the last couple of years. 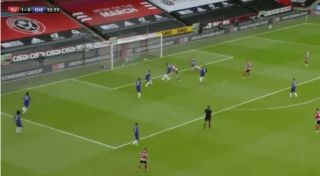