As the current Premier League season slowly draws to an end with most clubs having seven games left to play, there’s already one eye on next season as things progress.

Now, according to a report in the Daily Mirror via Footy Headlines, all Premier League teams’ kits for next season have been revealed.

A few clubs like West Ham and Bournemouth already know what their kits for next season will look like after the clubs officially announced their 2020/21 kits earlier.

However, other clubs have their kits leaked ahead of next season.

Adidas offer a darker red Arsenal home kit with white sleeves and a collar along with sponsors Emirates Fly Better on the front which they will be using next season.

There are no pictures of Aston Villa’s new kit

Bournemouth have already announced their 2020/21 kit made by Umbro and their customary red and black stripes slightly faded along with sponsors Vitality on the front.

There are no pictures of Brighton’s home kit but they won’t deviate too much from their customary blue and white stripes, which should be similar to this season.

There are no pictures of Burnley’s home kit either but it is expected to be similar again next season.

Chelsea’s Nike home kit features new sponsors mobile network 3 instead of Yokohama Tyres next season, along with darker blue linings on the sleeves and collar. 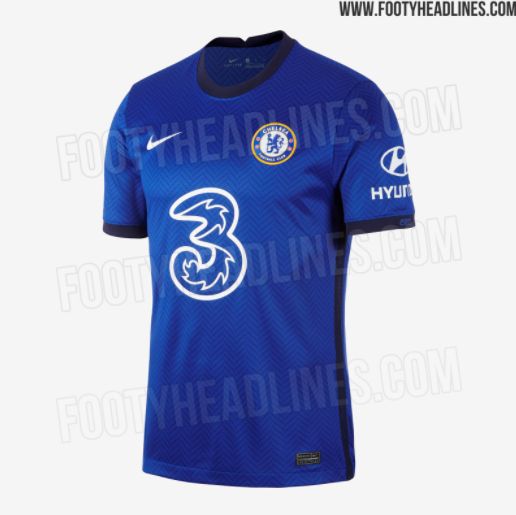 There is no news of a new Crystal Palace kit

Leicester have a red Adidas away kit as seen below but the home kit isn’t revealed as yet.

Premier League champions Liverpool have a new Nike sponsored red kit with white and slight green linings on the sleeves and collar and white stripes on the sides along with main sponsors Standard Chartered on the front.

Man City have a neatly designed white mosaic pattern to go along with their customary light blue with sponsors Puma which looks like a great new kit.

Man United’s new kit has slight black flecks along with their red primary colour made by Adidas with Chevrolet as main sponsors, similar to this season.

There is no Newcastle home kit announced or leaked.

There is no Norwich kit either.

Sheffield United are yet to announce a kit.

The Saints haven’t yet announced their new kit and it hasn’t leaked either.

Spurs’ Nike kit has navy blue slashes on the sleeves along with a yellow and navy blue linings on the collar to go along with a nicely designed pattern through the body of the shirt with main sponsors AIA on the front.

Watford are yet to have any kits leaked or announced.

The Hammers have already announced their new kit which has no drastic changes and celebrates the club’s 125th anniversary.

Wolves are yet to announce their new kit but it will be in their trademark gold.